TAMPA, Fla. - Tropical Storm Cristobal has begun its northward trek toward the U.S. Gulf Coast, where it’s expected to bring rain and coastal flooding from Louisiana to Florida this weekend.

As of Friday afternoon, the system had regained tropical storm status with winds of 40 mph as it continued to soak Mexico’s Yucatan coast. But it was moving back into the Gulf of Mexico, where warm water will allow it to continue strengthening.

Forecasters are confident that the storm will continue crossing the gulf, making landfall along the central Gulf Coast late Sunday or into Monday. They don’t think it will be stronger than a tropical storm, thanks to dry air and shear. 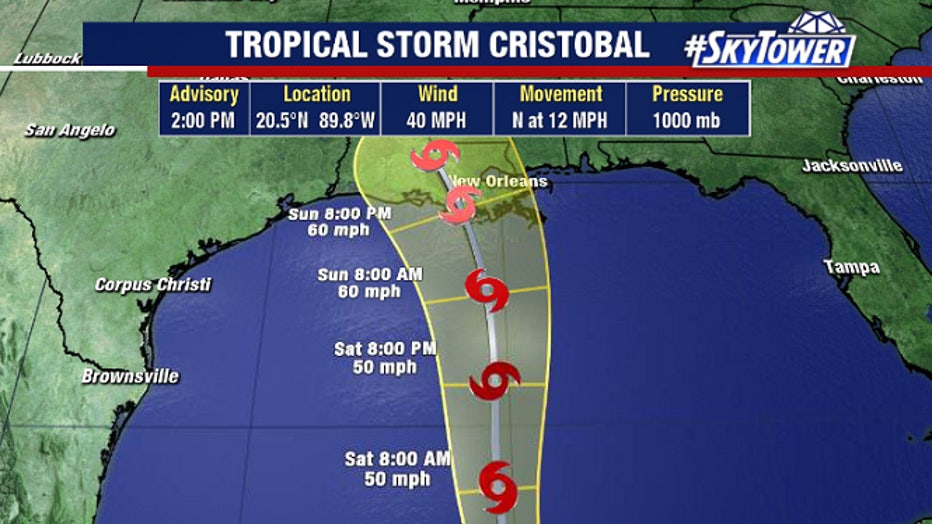 Most of the worst weather will be well east of the storm, meaning Florida will not escape some effects as Cristobal slides by.

“Regardless of its exact track and forward speed, Cristobal is expected to have a broad and asymmetric wind field as it approaches the northern Gulf Coast,” the National Hurricane Center forecast noted. “The strongest winds, highest storm surge, and heaviest rains could be well removed to the east of the center  of circulation. Therefore, it is important that users do not focus on the exact forecast path of the center of the cyclone.” 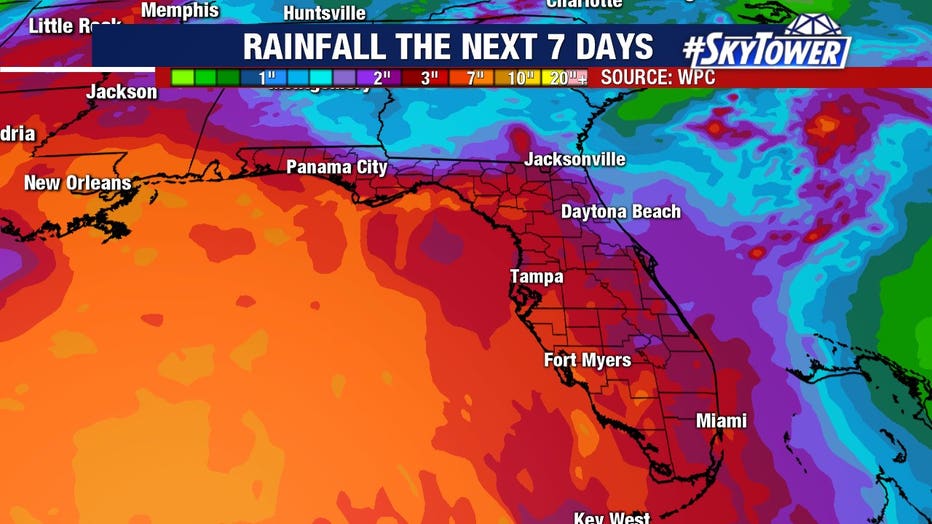 Periods of tropical downpours are likely, and a flood watch is in effect for Central Florida through Sunday with rainfall totals of several inches expected.

“Even though it's expected to stay well to our west, tons of tropical moisture will keep the rain chances sky high,” FOX 13 meteorologist Dave Osterberg warned. 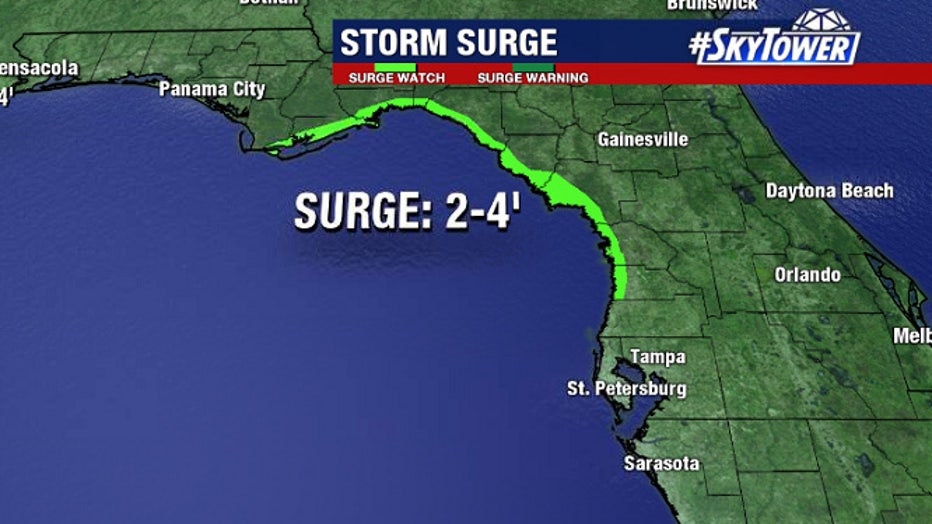 Along the coast, a storm surge watch is in effect for Citrus, Hernando, and Levy counties. Rip current, high surf, and coastal flood advisories were also issued for the Tampa Bay Area.

Further west, tropical storm warnings were posted for most of the Louisiana, Mississippi, and Alabama coastlines.