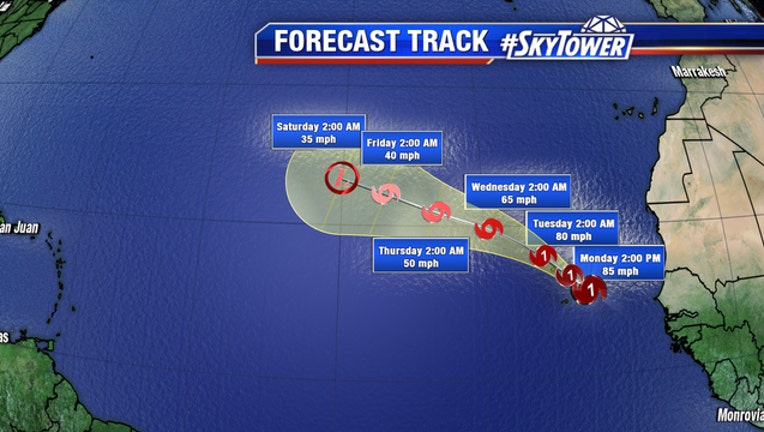 MIAMI (AP) - Fred has strengthened to a hurricane as it approaches the Cape Verde Islands in the Atlantic Ocean.

Hurricane Fred is centered about 35 miles (55 kilometers) south of Rabil in the Cape Verde Islands and is moving northwest near 12 mph (19 kph).

Fred is forecast to move Monday afternoon and night across the Cape Verde Islands, where a hurricane warning is in effect.

Meanwhile in the Pacific, Hurricane Jimena is moving quickly over open water. The Category 4 storm has maximum sustained winds near 150 mph (240 kph).

Jimena is centered about 1,430 miles (2,295 kilometers) east of Hilo, Hawaii, and is moving west-northwest near 17 mph (28 kph). The hurricane doesn't currently pose a threat to land.