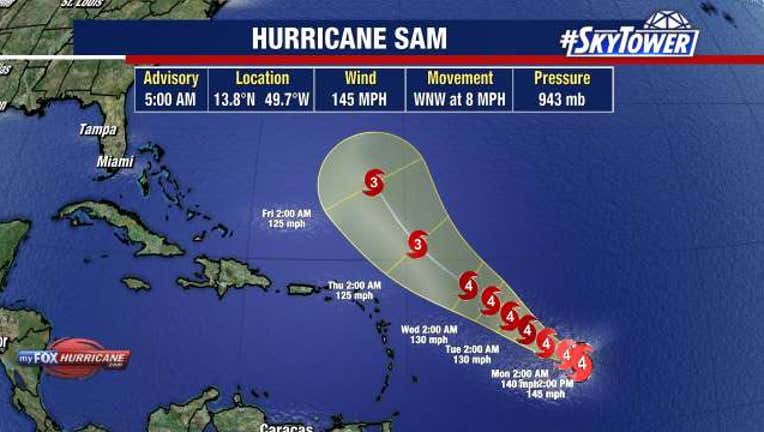 TAMPA, Fla. - Hurricane Sam is maintaining major hurricane status on Sunday morning, and its intensity could vary over the next couple of days as it churns – far from land – over the Atlantic Ocean. Long-range computer models show it will stay away from the U.S.

"Sam is still a major hurricane. It’s scary-looking on satellite," says FOX 13’s meteorologist Tony Sadiku. "Don’t want to be in its path, right? The good news is for folks in the Leeward Islands and the Caribbean is they are not going to have to deal with this storm."

As of Sunday morning, the top winds are 145 mph and hundreds of miles away from the Leeward Islands and Caribbean.

"It’s a Cat 4, it could still deal with some fluctuations in intensity going forward, but this will remain a major hurricane for several days," Sadiku explained. "Maybe Bermuda may have to watch it, but this is not a U.S. concern." 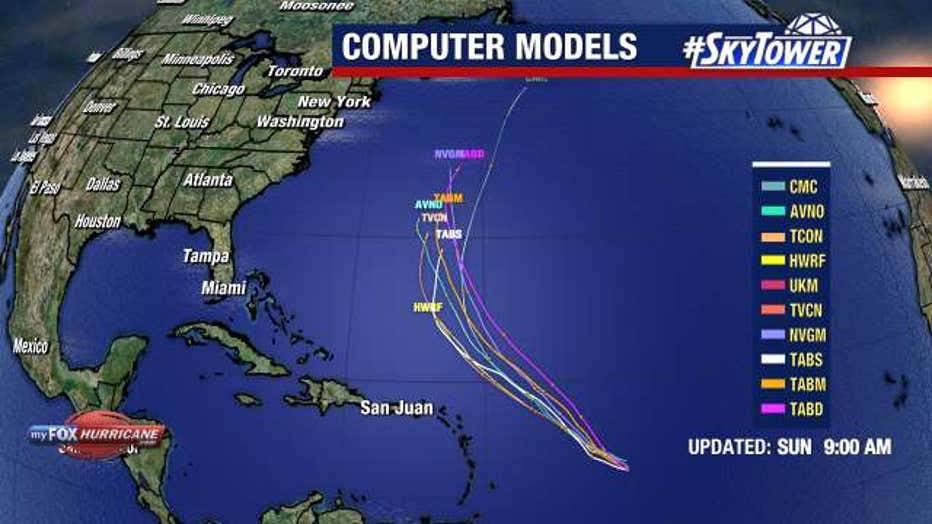 No coastal watches or warnings were in effect, however swells from Hurricane Sam could cause dangerous rip current conditions off the coast of the Lesser Antilles early this week, officials said.