TAMPA, Fla. - A low chance of rain this week may be Tampa’s last chance to avoid recording its driest March ever.

Tampa’s average rainfall in March is just over 3 inches.

A weak cold front will move through the state late Tuesday, offering a slight chance of rain but not much relief. After that, no significant rainfall is expected in the next few days. 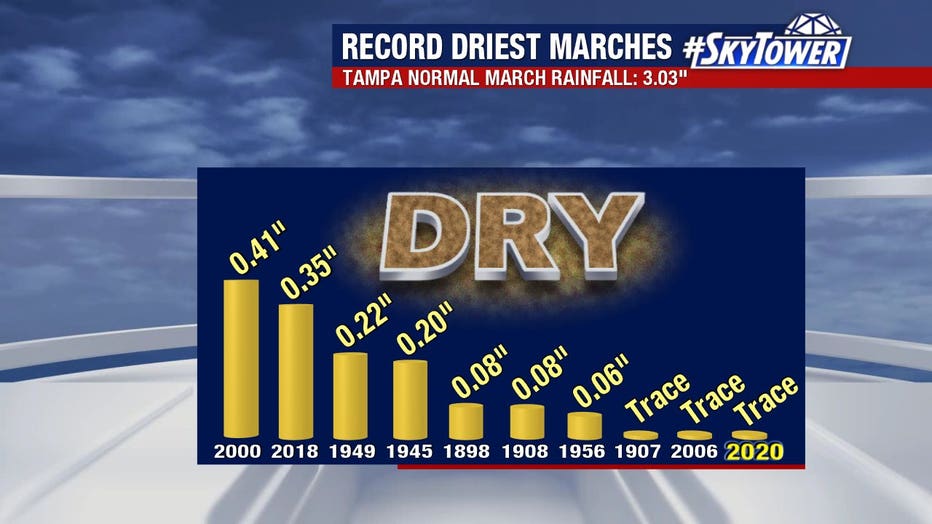 With the lack of rain, the risk of brushfires around the state is increasing. According to the Florida Forest Service, the fire danger index has ranged from moderate to high across nearly the entire state over the last few days.

Meanwhile, this month is also on track to be Tampa’s third-warmest March on record. 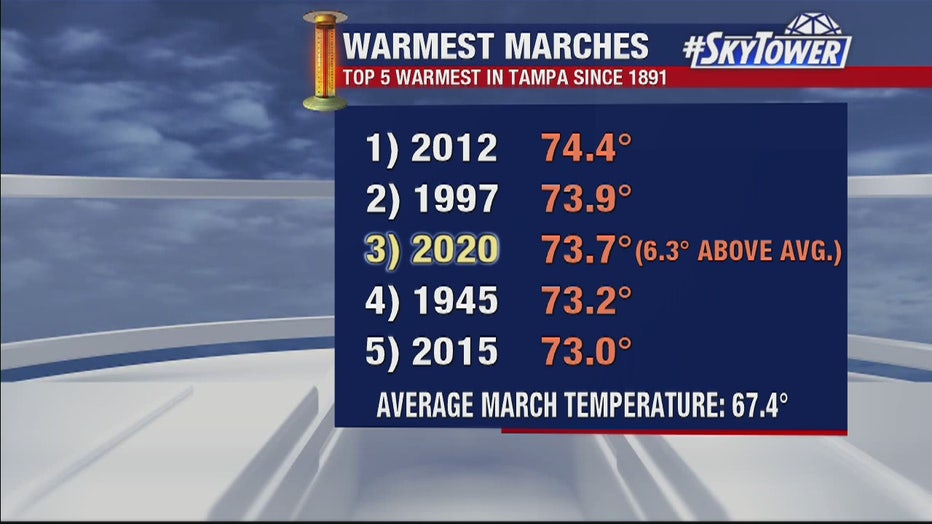 “This has been a ridiculously hot month,” Weber added. “We’re at 6.3 degrees above the average. Nothing’s going change that here as we go through the next day or so.”