FOX 13 Chief Meteorologist Paul Dellegatto said, based on the forecast track, Fred will bring lots of rain this weekend to the Tampa Bay Area.

TAMPA, Fla. - Tropical Storm Fred was downgraded to a tropical depression Wednesday night as the storm battled landmasses and drier air over Hispaniola. The storm's impact on Florida will depend on its structure once it passes over the rough terrain.

After a quiet month of no named storms in the region, Fred became the sixth of the Atlantic hurricane season as expected late Tuesday and tropical storm warnings were already in effect for the U.S. Virgin Islands and Puerto Rico. 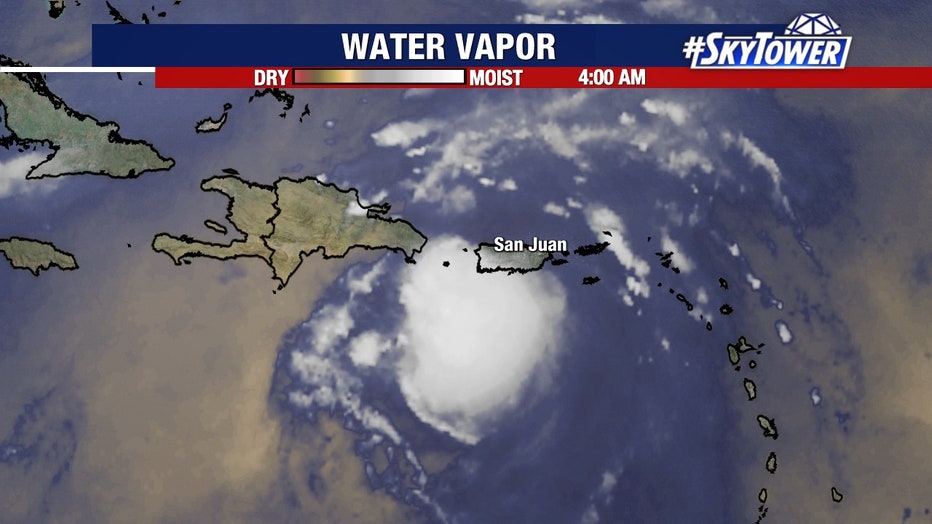 "The drier air is trying to entrain in," explained FOX 13’s meteorologist Dave Osterberg. "At the same time, It’s trying to wall itself off and keep that drier air out. even as it’s doing a good job of keeping the dry air out, now we’ve got land interaction for it to deal with and some very high mountain tops between the Dominican Republic and Haiti which can disrupt the circulation."

The trek across Hispanola will weaken the storm in the short term, and the process of restrengthening on its approach to Florida will likely be slow.

After it moves back over water, the forecast could change. Right now, Florida is in the cone of uncertainty. 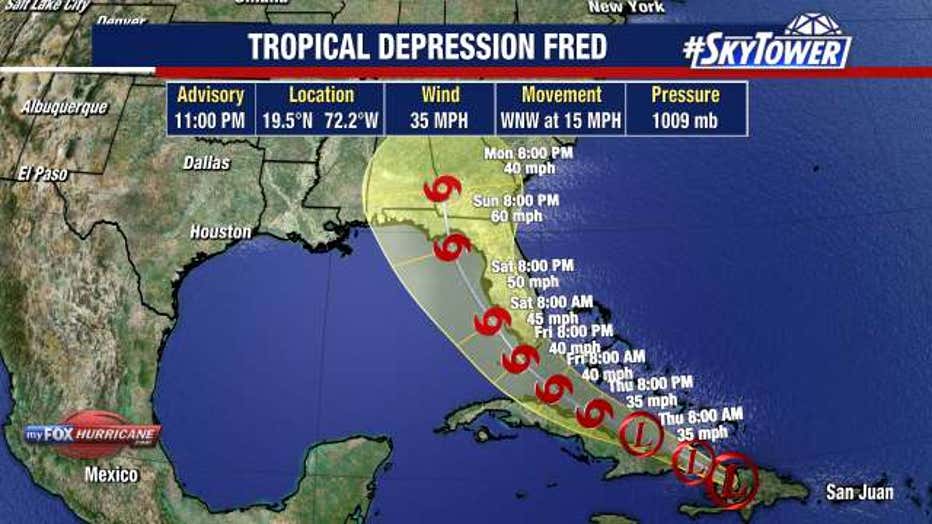 "So, what does that mean for the Tampa area? It means some rain and a little bit of wind comes Saturday and into Sunday, that will likely be the scenario based on this path," Osterberg said. "It moves out over the Gulf 30-40 miles, even less. Right now, we are just looking at a rainy Saturday night into Sunday."

Then, if it maintains the forecast track, it will move into the Panhandle. 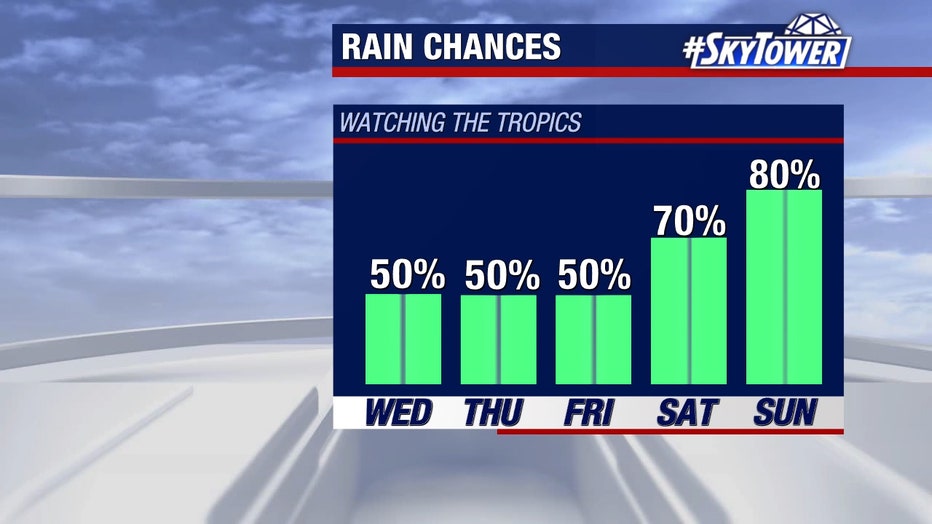 "It’s not a very symmetrical-looking storm. It’s struggling a little bit, and that’s fine. That’s good," Osterberg said. "At this point for us, we just have to watch and wait. Let’s see what happens. Let’s see what kind of structure its holding together once it leaves the Dominican Republic, but I would plan for some tropical impact Saturday and into Sunday." 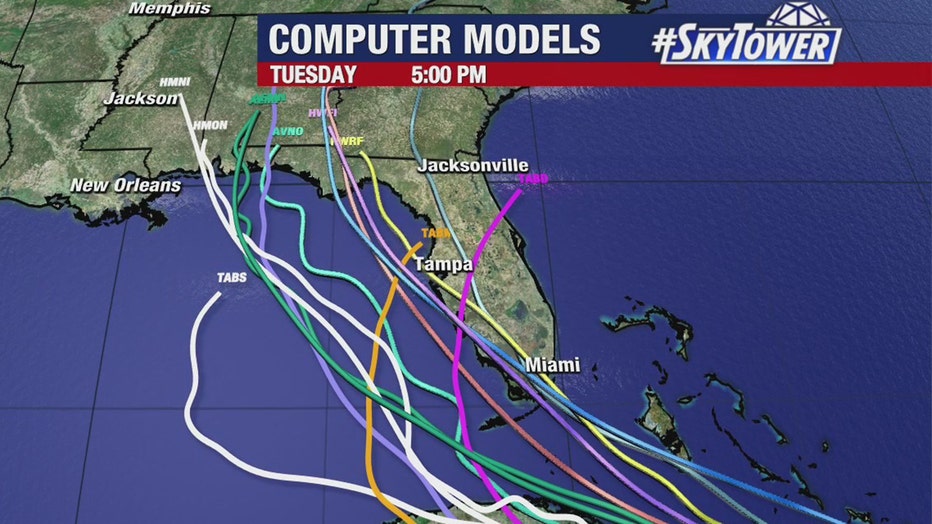