TAMPA, Fla. - Tropical Storm Gonzalo has formed in the Atlantic Ocean, the first time that a 'G'-named storm has formed this early in hurricane season. But it’s still too early to say what, if any, impact the system could have on the U.S.

The National Hurricane Center sent out a mid-morning update noting that, based on satellite data, Tropical Depression Seven had strengthened into a tropical storm with winds of 45 mph, moving west-northwest at 12 mph.

Gonzalo is still about 1,250 miles east of the southern Windward Islands and has a long way to travel before encountering any land.

Forecasters say the storm will continue to move west, but it will encounter a more hostile environment as it does. Some forecast models even dissipate the system entirely as it enters the Caribbean. 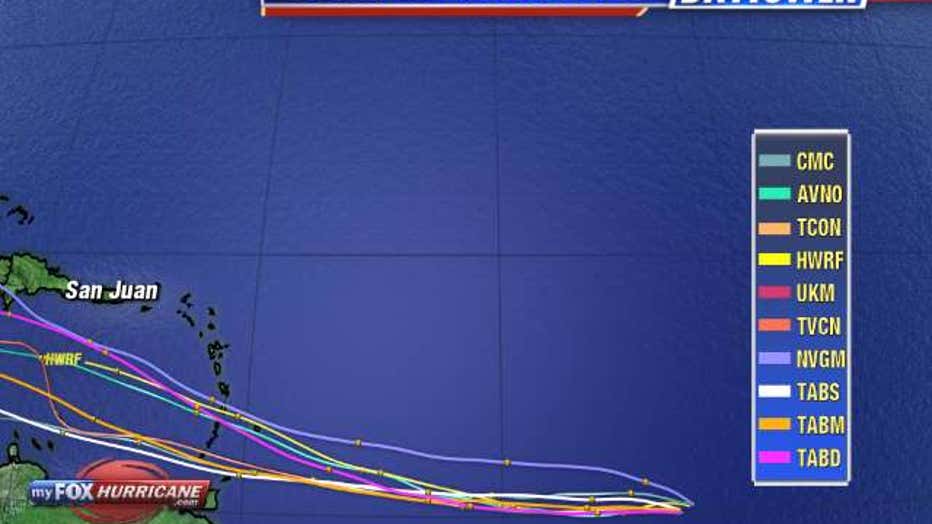 Meanwhile, an area of storms in the Gulf of Mexico still has a 40- to 50-percent chance of development as it moves towards the western Gulf Coast.