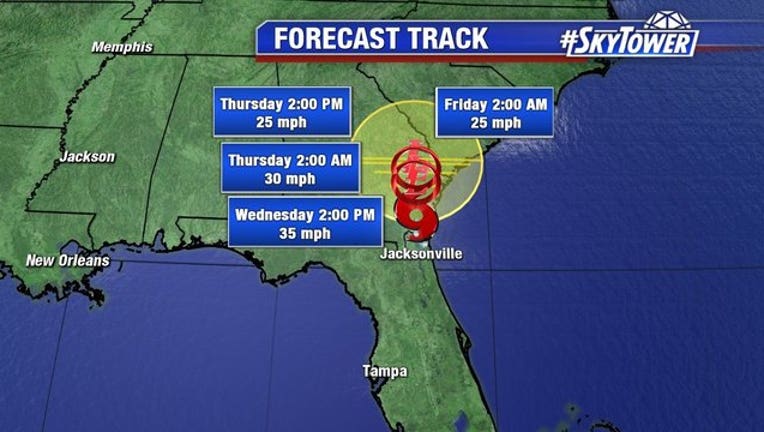 The slow-moving storm could cause flash flooding and was expected to produce 3 to 6 inches of rain in some areas through Friday, according to the U.S. The National Hurricane Center.

The Hurricane Center also said an isolated tornado was possible across coastal Georgia and southern South Carolina on Wednesday.

A tropical storm warning had been in effect Wednesday morning from Fernandina Beach to the Altamaha Sound in Georgia but was later canceled.

By 8 a.m. EDT Wednesday, Julia was centered about 10 miles (20 kilometers) west of Brunswick, Georgia, and moving north near 7 mph (11 kph). Its maximum sustained winds were near 40 mph (65 kph). The storm was expected to weaken to a tropical depression later in the day.

Elsewhere, Tropical Storm Ian is moving north in the central Atlantic but still is no threat to land. In the Pacific, Hurricane Orlene continues to weaken.