TAMPA, Fla. - The National Hurricane Center has begun issuing advisories and warnings ahead of what is expected to be the season’s next tropical system. Tropical Storm or Subtropical Storm Nestor will likely form in the Gulf of Mexico tonight, before bringing rain and wind to Florida this weekend.

As of Thursday evenning, the potential system was just off the coast of Mexico with sustained winds of 40 mph. It was moving north-northeast at 9 mph and expected to continue across the gulf. It had yet to reach tropical depression status, but the NHC was not waiting to begin warning residents about the system.

“Just because of the proximity of the land and the effects it could be bringing, they go ahead and start issuing those advisories,” FOX 13 meteorologist Jim Weber explained. 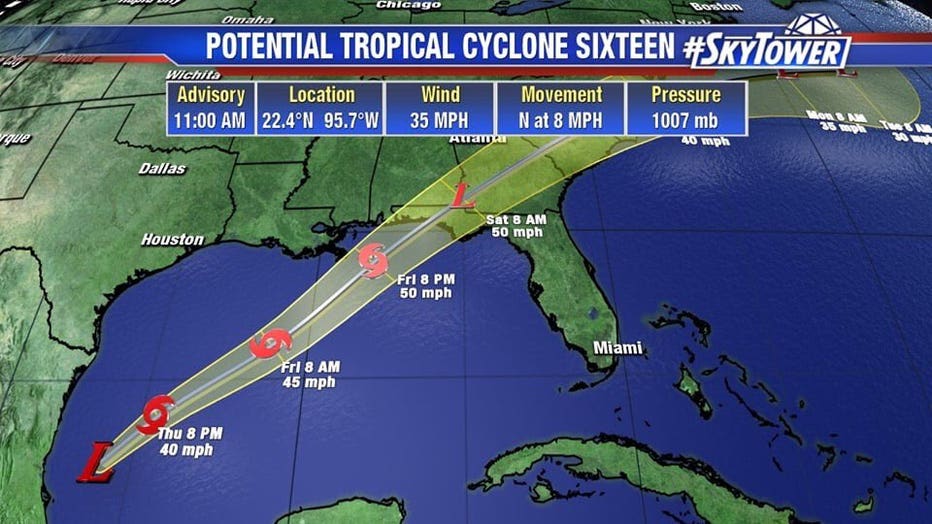 Only moderate strengthening is expected before a landfall as a tropical storm along the Florida Panhandle overnight Friday into Saturday.

Based on that track, the Panhandle would see tropical storm-force winds Friday night and a possible storm surge of 5 feet.

There is a 10 to 30 percent chance of tropical storm conditions in the Tampa Bay area, and the storm will increase rain chances for most of Florida on Saturday. Isolated tornadoes are also possible.

“What that will end up doing is bringing a lot of rain across central Florida," Weber continued. "That’s going to be our biggest problem -- a lot of rain and some gusty winds from time to time as we go through Saturday.”

Forecasters aren't sure whether the system will be classified as a tropical storm or a subtropical storm, but the result will remain the same.

"Regardless of the exact evolution of this weather system, portions of the northern coast of the Gulf of Mexico will experience strong winds, locally heavy rains, and storm surge Friday and Saturday," the NHC forecast explained. "Similar impacts are expected across portions of the Atlantic coast of the southeastern United States Saturday and Sunday."

A tropical storm warning has been issued for the northern Gulf Coast, from the New Orleans area over to Florida's Ochlockonee River. A tropical storm watch extends from there down to Yankeetown. A storm surge warning is also in effect from Indian Pass to Clearwater. 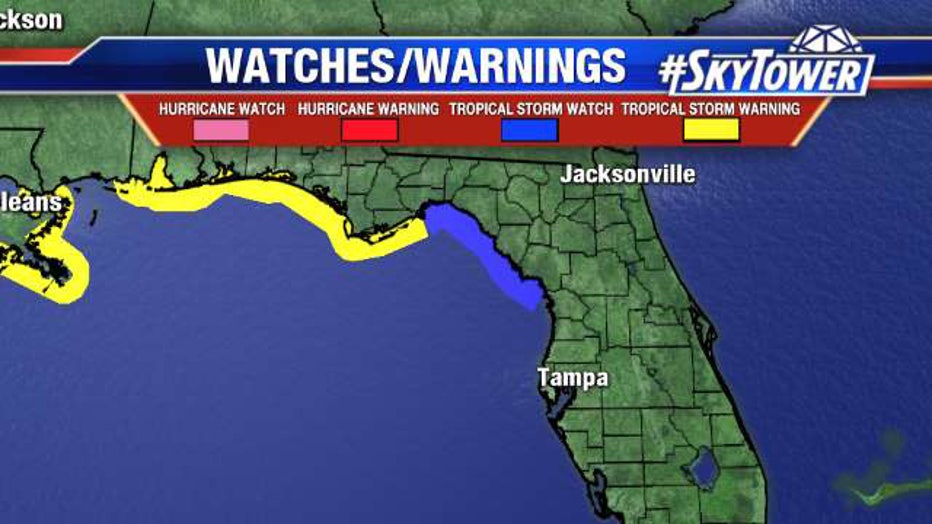