TAMPA, Fla. - The National Hurricane Center upgraded a lopsided weather disturbance in the Gulf of Mexico to Tropical Storm Nestor Friday. The storm brought wet and windy weather to Central Florida, with possible tornadoes touching down in the Bay Area Friday night.

The Seminole Fire Department said a tornado touched down, damaging several homes had minor damage in the Twelve Oaks Mobile Home Park, on Park Boulevard. The National Weather Center had not confirmed tornado activity, but warnings had been issued in the area, earlier during the night.

Several thousand homes in Pinellas County were without power as the storm moved through.

As of the 8 p.m. update, forecasters said Nestor was about 140 miles south-southwest of the mouth of the Mississippi River. It has top sustained winds of 60 mph and is moving to the northeast at 22 mph, much faster than yesterday. 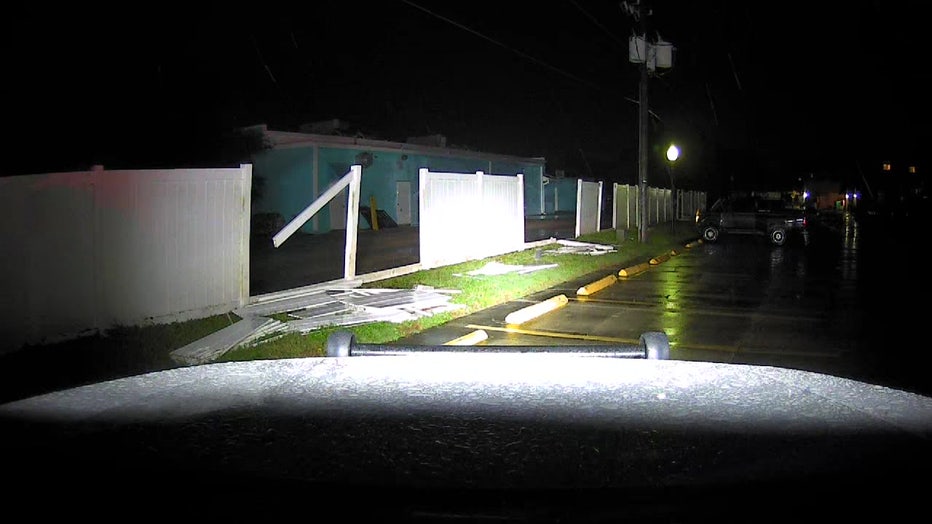 A tropical storm warning is in effect from the Mississippi-Alabama line to Yankeetown, Florida, and from Grand Isle, Louisiana to the mouth of the Pearl River. A storm surge warning extends down to Clearwater. 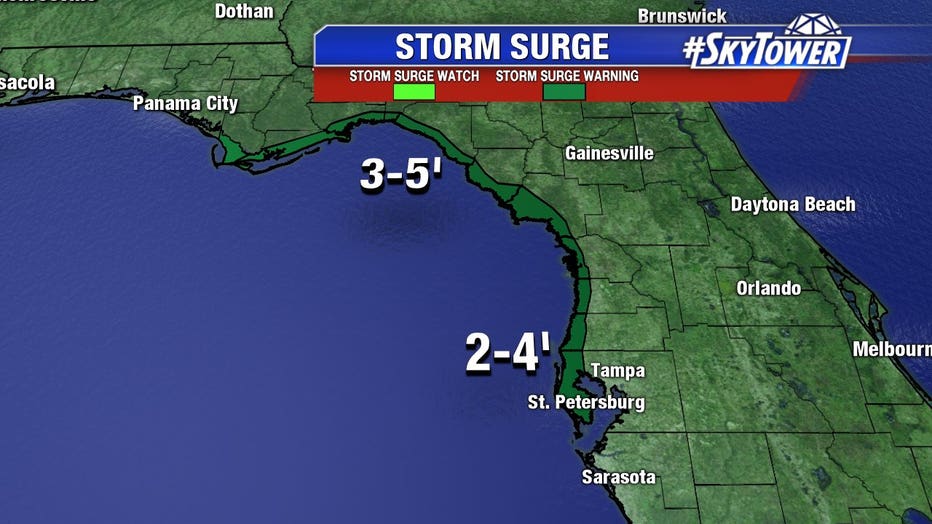 Wind shear is slowing down Nestor's development, but it is also causing its wind field to spread out over a larger area. Forecasters expect blustery winds and heavy rain in parts of Alabama, Georgia and northern Florida, followed by the Carolinas and Virginia by Sunday.

The Tampa Bay area can expect winds of 20 to 30 mph, mostly overnight Friday into Saturday, with gusts as high as 40 mph, especially further north.

"It's rain, it's some wind, it's the potential for a few strong thunderstorms tomorrow morning," Osterberg explained. 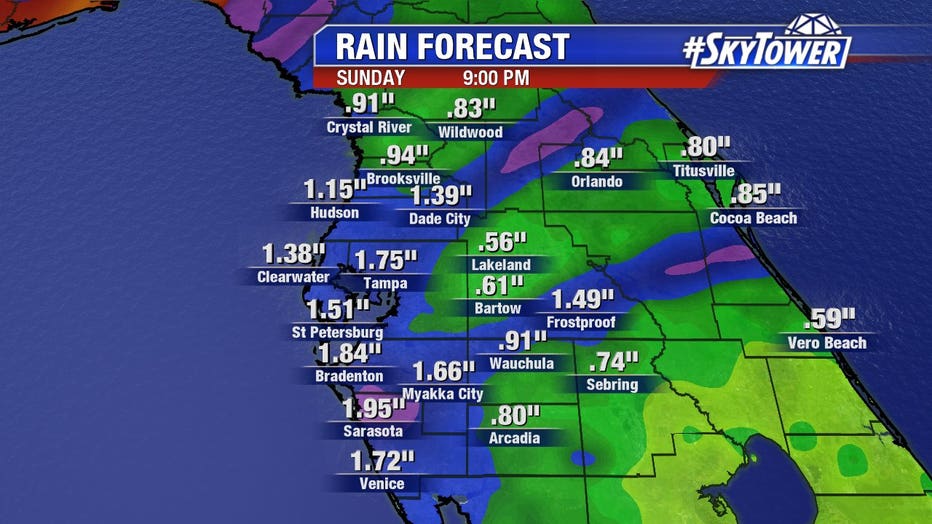 If nothing else, Floridians may want to keep an eye on their Halloween decorations as Nestor blows by.

"A lot of people put up those big Halloween inflatables," Osterberg added. "Keep them deflated tomorrow. Otherwise your Dracula is going to wind up in your neighbor's yard or across the street." 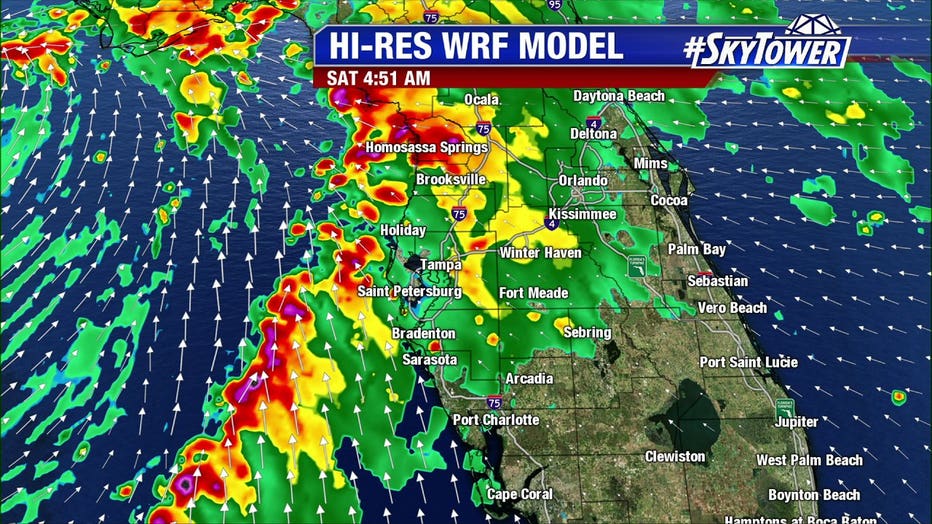 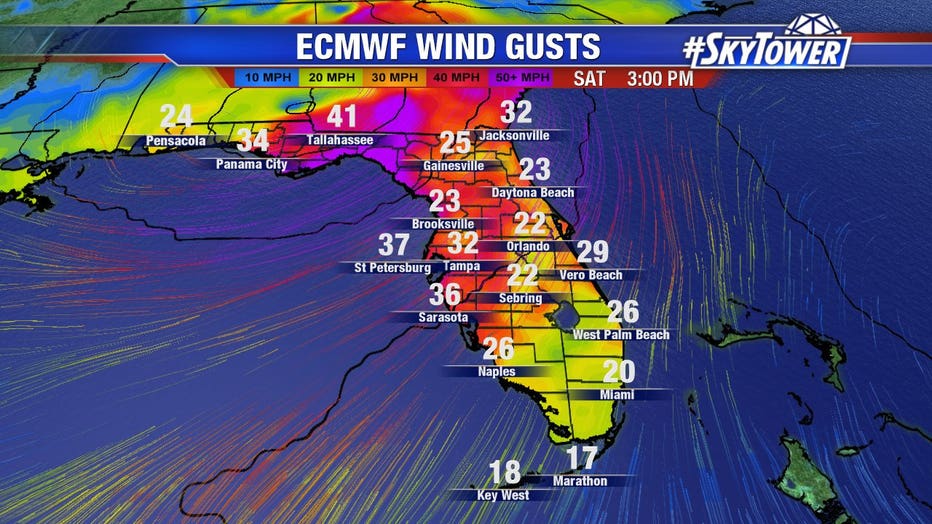