TAMPA, Fla. (FOX 13) - Hurricane Dorian is still expected to make a last-minute turn to the north, but a landfall in Florida or further north is still a “distinct possibility,” forecasters stressed Sunday.

As of the 2 p.m. advisory from the National Hurricane Center, Dorian’s eyewall winds had reached 185 mph, Category 5 strength, making Dorian the strongest hurricane on record in the northwestern Bahamas.

It is now tied for the strongest Atlantic hurricane landfall on record with the 1935 Labor Day hurricane.

The storm was 185 miles east of West Palm Beach, moving west toward Florida at 7 mph.

The NHC said Dorian made landfall at Elbow Cay, Abacos around 12:40 p.m., followed by a second landfall at 2 p.m. on Great Abaco Island near Marsh Harbour.

The ridge of high pressure in the Atlantic remains key to the storm’s eventual path, meteorologists say. It has been sending the storm west but, by this evening, it is expected to begin to break down. That would slow Dorian down even more as it slogs past the Bahamas.

Dorian could remain nearly stationary for two days, pounding the islands with 10- to 15-foot waves and 1 to 2 feet of rain, before a trough moves off the East Coast and pulls the storm north.

“We have been seeing that trend of keeping the center offshore, which would be great. That's what we are all hoping for,” FOX 13 meteorologist Brittany Rainey offered. “But a couple of models are still indicating that we could see that landfall along the east coast.”

The timing of that turn will be key for Florida. Forecasters expect it to happen early Tuesday, but with tropical storm-force winds extending out over 100 miles and hurricane-force winds out 30 miles, a difference of a few miles in the turn could mean a big change in the amount of wind and rain the state gets.

"Life-threatening storm surge and dangerous hurricane-force winds are possible along portions of the Florida east coast through mid-week, as only a slight deviation to the left of the official forecast would bring the core of Dorian near or over the coast," the NHC forecast stated.

South Florida should begin to experience those tropical storm-force winds as early as Monday, and high waves will follow.

The Tampa Bay area remained outside the forecast cone, but the whole region should expect high winds and scattered storms as the hurricane slowly moves past.

“This storm is going to be sticking around with us for several days,” Brittany Rainey added.

Meanwhile, forecasters were watching three other areas of interest for tropical development. The first two, one in the southern Gulf of Mexico and a second in the mid-Atlantic, are not expected to threaten the U.S. The third is a wave in the eastern Atlantic that is expected to develop into at least a tropical depression within a few days. 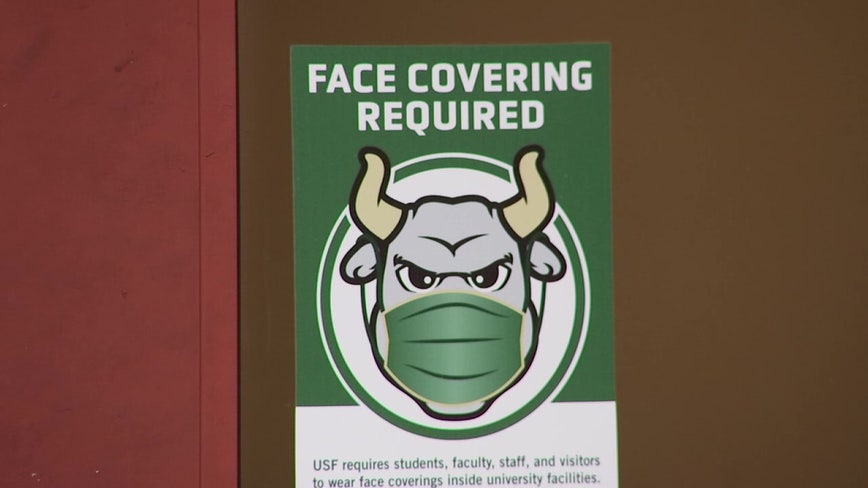