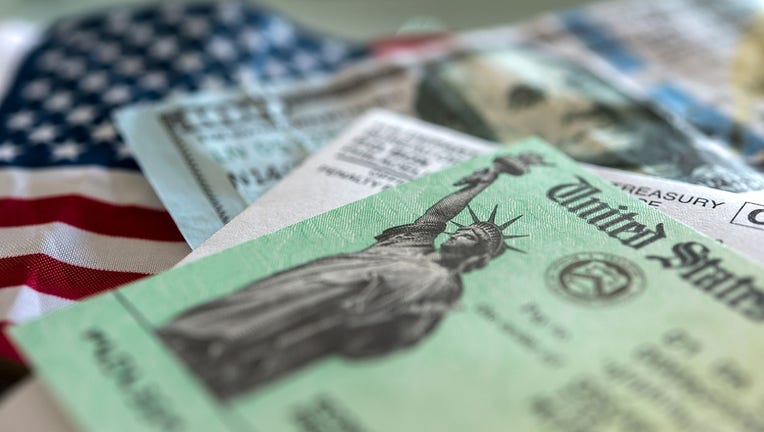 A senior citizens group is increasing its pressure on Congress to send out a fourth stimulus check to Social Security recipients. (iStock)

The Senior Citizens League (TSCL), a nonpartisan senior group, is pushing Congress to issue a fourth stimulus check of $1,400 to Social Security recipients.

TSCL Chairman Rick Delaney sent letters to congressional leaders, calling for another round of stimulus checks for those on Social Security income (SSI), according to an update last month from the group.

"We’ve heard from thousands of them [seniors] who have exhausted their retirement savings, who have started eating just one meal a day, started cutting their pills in half because they can’t afford their prescription drugs, to list just a few of the drastic steps so many have had to take because of what inflation has done to them this year," the letter stated. "Many have written to us that ‘our government has forgotten about us.’"

"A $1,400.00 stimulus check, for Social Security recipients, could be a way to get extra non-taxable income to them," Delaney stated in the letter.

If you are struggling financially without another Social Security stimulus payment, you could consider taking out a personal loan to help pay for your expenses while interest rates are low. Visit Credible to find your personalized rate in minutes without affecting your credit score.

WHY IS SOCIAL SECURITY RUNNING OUT OF MONEY?

As inflation surges, the Social Security Administration (SSA) has announced that beneficiaries will see an increase of 5.9% in benefits next year, the largest boost in nearly 40 years. The increase is due to a cost-of-living adjustment (COLA) which determines changes in Social Security payments each year.

"This would be the highest COLA that most beneficiaries living today have ever seen," Mary Johnson, The Senior Citizens League Social Security and Medicare policy analyst, said. "But a high COLA means exceptionally high inflation is impacting consumers. The Senior Citizens League has received more than 200 emails over the past month, with many retired and disabled senders describing the dire situations they face as rapidly rising inflation makes it impossible to pay the bills."

SSA increased payments by an average 1.4% over the past 12 years, and 1.3% for 2021. Now, TSCG says this increase is too little, too late, as seniors deal with rising inflation and other costs.

"Over the past 21 years, COLAs have raised Social Security benefits by 55% but housing costs rose nearly 118% and healthcare costs rose 145% over the same period," Johnson said.

If you are struggling financially, you could consider taking out a personal loan while interest rates are low. Borrowers can use it to consolidate high-interest debt and reduce monthly payments. Visit Credible to compare multiple lenders at once and see which one has the best rate for you.

SOCIAL SECURITY BENEFITS COULD BE SLASHED EARLIER THAN EXPECTED

Despite the pressure and letters from TSCL, the group said there has not been any congressional support for a fourth stimulus check. In response, the senior citizens group created a petition to increase awareness and support of a stimulus check to Social Security recipients.

If you are struggling to meet expenses, consider taking out a personal loan while interest rates are low. Contact Credible to speak to a personal loan expert and get your questions answered.