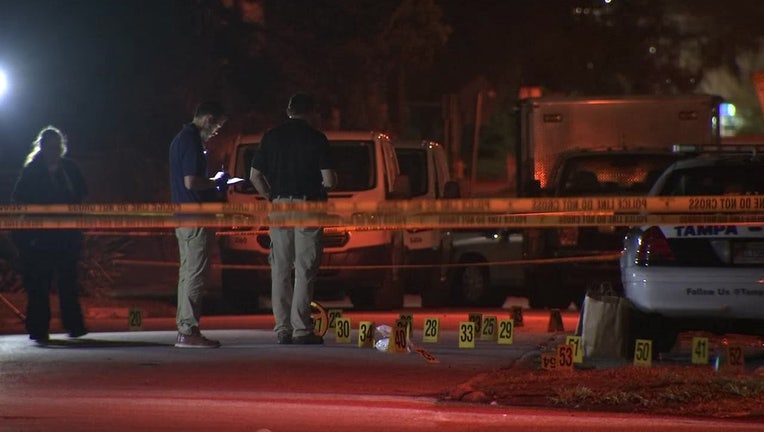 TAMPA, Fla. - Tampa police are investigating a triple shooting that left one person dead and two others injured.

The shooting happened just before 8:30 p.m. Tuesday night in the 5000 block of North 32 Street. When officers responded to the scene, they discovered three adults that had been shot in front of a house.

All three victims were transported to a nearby hospital, where the female victim died.

"Currently, suspect information is limited to what has been described as three males in dark clothing," police said.

Detectives are asking anyone in the area who may have surveillance cameras to review their footage and contact officers with any video that could help the investigation.

Anyone with information on the shooting is urged to call Crimestoppers of Tampa Bay at 800-873-TIPS.