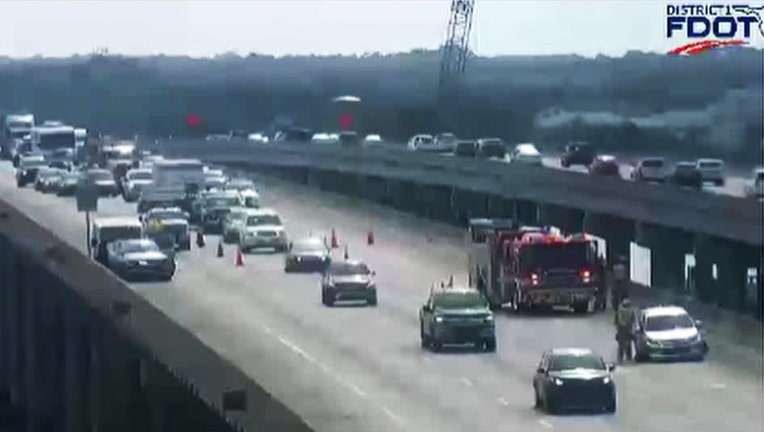 ELLENTON, Fla. - One lane of northbound traffic has reopened after a crash closed Interstate 75 on the bridge near the Ellenton exit in Manatee County Friday.

Florida 511 traffic cameras showed traffic at a standstill for about 7 miles south of mile marker 224.

Officials said at least one person was hurt in the crash. Their condition and the cause was not released.

Emergency vehicles were on the roadway. Traffic began to flow at about 11:40 a.m., but only one lane remained open an hour later.

Drivers were asked to use caution.

This is a developing story, check back for updates.