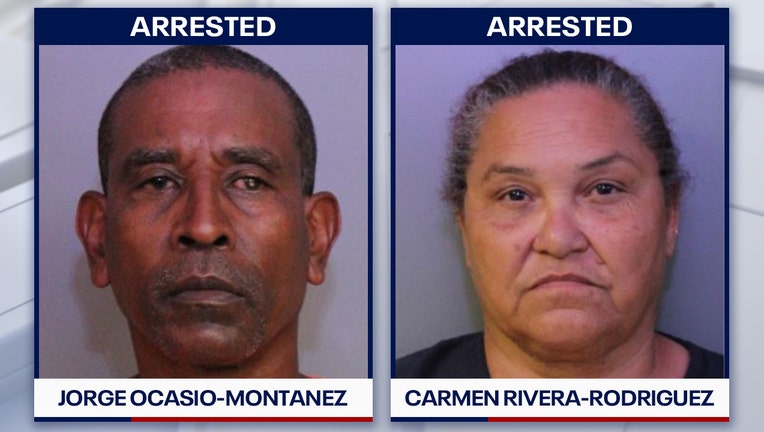 FROSTPROOF, Fla. - A tip to deputies has led to 13 arrests at a cockfighting event in rural Florida, authorities said.

Polk County deputies responded to the Frostproof home on Saturday, according to a sheriff's office news release. They reported finding wounded and bloody roosters, a fighting ring, acrylic spurs and scales.

Detectives from the sheriff's agriculture crimes unit obtained a search warrant for the property, which led to the discovery of sparring gloves with spurs, vitamins, antibiotics, performance-enhancing drugs and blood-clotting ointments, officials said.

Investigators identified the birds' owners as the property residents, Jorge Luis Ocasio-Montanez and Carmen Idalia Rivera-Rodriguez, both 56. They were each charged with felony counts of owning equipment for animal fighting, promoting animal fights, owning animals for fighting and operating a property for animal fighting. Deputies also arrested 11 spectators and charged each of them with a felony count of attending the fighting of animals.