The story of every adopted child is different, but once they become family, their Adoption Day stories can be the beginning of a new chapter.

The kids were adopted into 17 families, including Mark and Georgette Lisi, who adopted Noah Lisi.

"It's the willingness to give a young child an opportunity in life. Sure, everybody wants to adopt babies. We've already got two of our own, now we got three," Mark added. 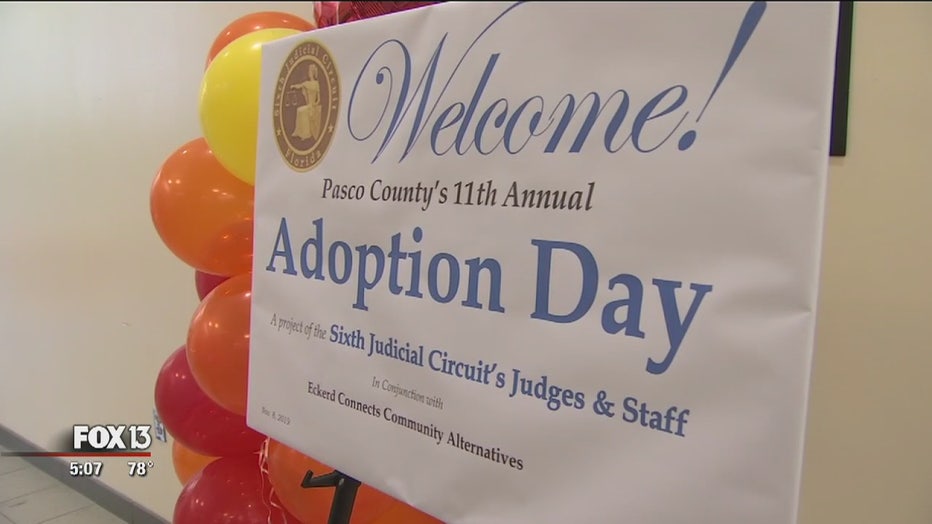 Noah, at 16 years old, was the oldest child involved in the ceremony, said he wasn't sure his opportunity would ever come.

His biological parents passed away when he was young. The family that adopted him five years ago abandoned him and he ended up on a troubling path, committing crimes.

"I was on a bad track. I was doing bad things I shouldn't have done," Noah said, adding he plans to, "turn it around, make it better."

The Lisis have known Noah for seven years and wanted to be his permanent family.

"We did sign the paper to adopt him, but then we asked him, 'Do you want to adopt us?'" Mark said.

"And what did you say?" Noah was asked. 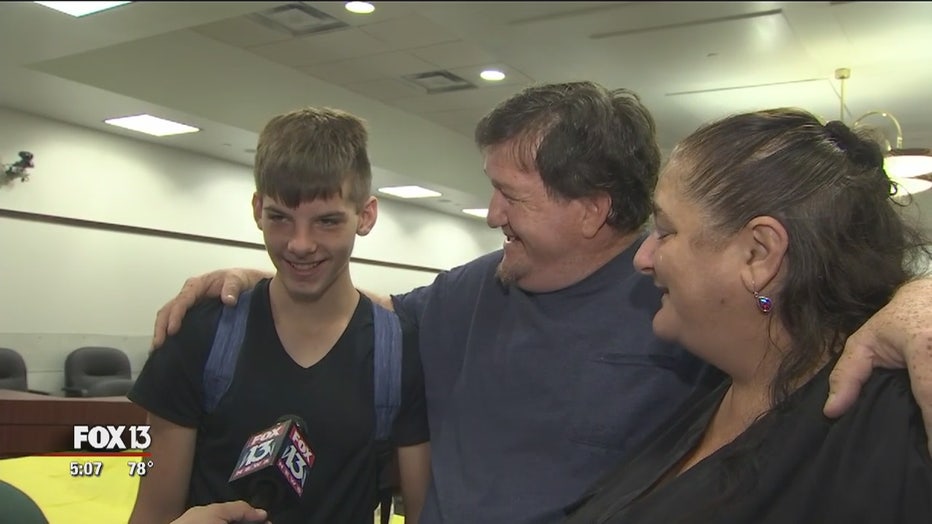 A lot of children have similar stories leading to their Adoption Day. For Miles Carpentier, an adoptive father, it was love at first sight.

"As soon as I saw him, it was a no-brainer. Our eyes locked together and he reached his hands out for me to hold him. I picked him up and I said, 'You're going to be mine,'" Carpentier said. "It's amazing. It's been a long road and it's pretty exciting. He's the first child with my last name. He's such a blessing and I thank God for him every single day."

The featured speaker at the event was retired Marine Bradley Hawkins, who has eight children, seven of whom are adopted.

"It's really the children that it means the most to because once there's permanency and they have a family forever, they can begin moving towards healing," Hawkins said.