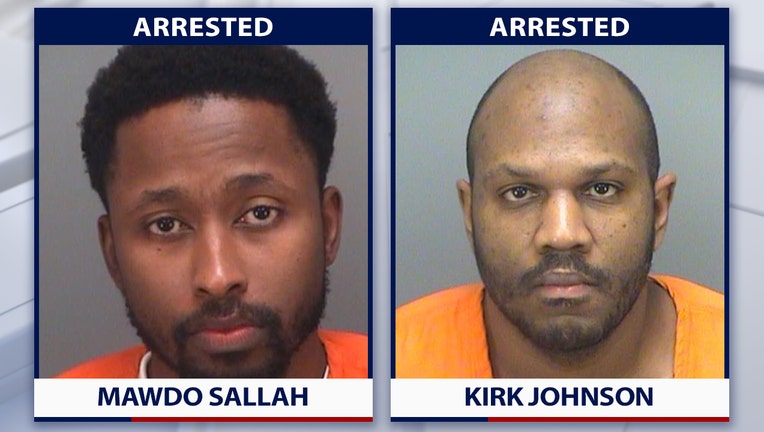 United States Attorney Maria Chapa Lopez, announced the eight-count indictment charging Sallah and Johnson with one count of conspiring to commit arson, three counts of arson, two counts of using a fire or explosive to commit a federal felony, and two counts of bank larceny.

According to court documents, between November 2019 and March 2020, Sallah and Johnson used fires and explosives to steal cash from four ATMs. Three of the ATMs were located in the Tampa Bay area and the fourth was in Watkinsville, Georgia. The pair was able to retrieve cash from two of the ATMs, taking a total of nearly $70,000.

“This investigation is proof of the strength and tenacity of the FBI and its law enforcement partners in eliminating such brazen acts of violence which threaten the communities we serve,” said Special Agent in Charge of the FBI Tampa Division Michael F. McPherson.

“The Hillsborough County Sheriff's Office will never tolerate someone making our community feel unsafe while doing a simple act such as going to the ATM,” said Hillsborough County Sheriff Chad Chronister. “The actions of these individuals could have led to innocent people being seriously hurt or killed. They were thinking solely of their gain and not the dangerous impact it would have on others. These arrests are an example of the strength of our partnerships. Multiple agencies worked hand-in-hand to ensure these individuals were off the street, and our communities are all safer because of this teamwork.”

“The Pinellas County Sheriff’s Office is pleased with the grand jury’s work to return an indictment against Sallah and Johnson for the ATM explosions,” said Sheriff Bob Gualtieri. “This was made possible due to good investigative work and a coordinated effort between multiple agencies. It is partnerships like these that allow us to work together to protect our communities and put the bad guys where they belong.”

If convicted on all counts, Sallah and Johnson each face a maximum penalty of life in federal prison.