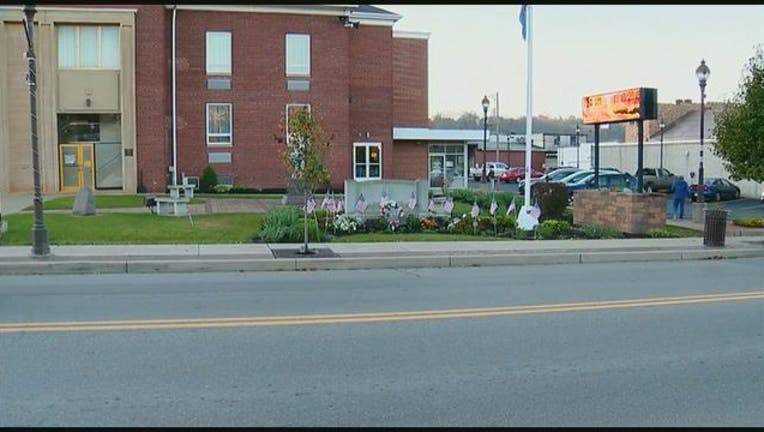 CANONSBURG, Pa. (AP/FOX 13) - Two police officers have been shot in western Pennsylvania, and the search is underway for a suspect.

The shooting happened at about 4 a.m. Thursday in Canonsburg, 20 miles southwest of Pittsburgh.

Canonsburg Mayor Dave Rhome tells radio station WJPA two officers were shot, but the he did not know their conditions. Their names have not been released.

The Washington County medical examiner has confirmed that one of the officers has died.

In a press conference Thursday, a State Trooper confirmed that the officers were ambushed when responding to a domestic call. The shooting began as soon as they arrived on the scene.

According to reports, residents in a neighboring home were asked to leave the area because there may still be a present danger in the area.