A meteor lit up the night as it crossed the sky above of Brittany, France, on Sept. 5, 2021. Credit - Damgan La Roche Bernard Tourisme via Storyful

It’s time to get your telescopes out for the annual Ursid meteor shower which will grace the nighttime sky once again between Dec. 17 and Dec. 26, according to EarthSky.org.

The meteor shower tends to peak on the morning of Dec. 22, but it may be hard to see it this year due to a full moon, EarthSky said.

Considered a "low-key" shower because of the small number of meteors that can be seen (between five and 10 per hour), it's also localized only to the Northern Hemisphere, according to EarthySky.org.

"If you look from a Northern Hemisphere location around the time of the solstice, you’ll find the Big Dipper and the star Kochab well up in the north-northeast at around 1 a.m your local time. That’s about the time of night you’ll want to start watching this meteor shower," EarthSky wrote on its website. 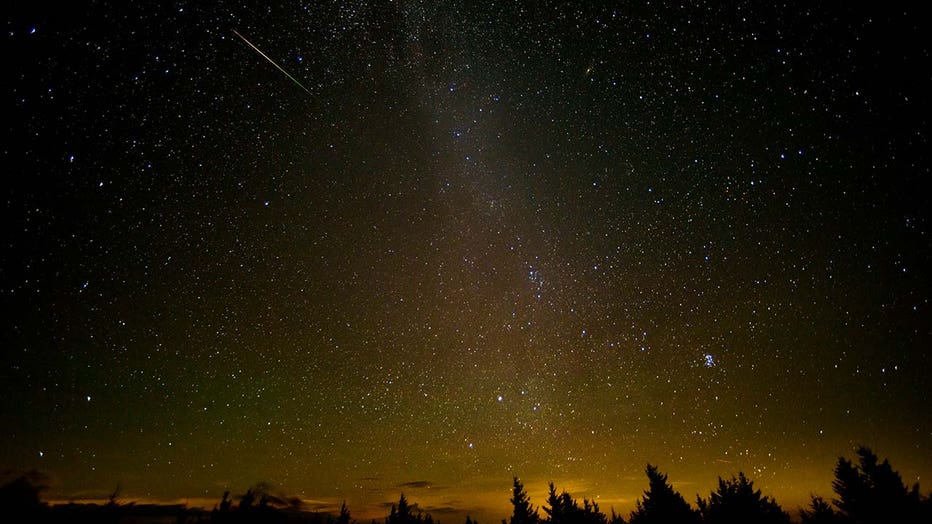 FILE - In this 30 second exposure, a meteor streaks across the sky during the annual Perseid meteor shower Friday, Aug. 12, 2016 in Spruce Knob, West Virginia.

The Ursid meteor shower gets its name from the celestial objects Little Dipper – also known as the constellation Ursa Minor, according to NASA.

The Ursids are considered a "relatively new meteor shower," EarthSky.org added, having been first observed around the start of the 20th century, as an amateur astronomer noticed they seemed to emulate from the star Kochab.

Though they are relatively small in number, there have been a few occurrences where stargazers have seen unexpected outbursts. In 1945 and 1986, approximately 100 meteors per hour took place, while 1973 saw 30 meteors per hour.

A meteor forms when a meteoroid, a type of space rock that breaks off from an asteroid﹘a rocky body orbiting the sun﹘enters Earth's atmosphere. As soon as the space debris crosses over, it breaks down into what scientists call a "meteor," which then vaporizes and﹘as a result of friction﹘appears as a bright streak of light in the sky.

"Because of their appearance, these streaks of light some people call meteors 'shooting stars,'" NASA explains in a blog post. "But scientists know that meteors are not stars at all — they are just bits of rock!"