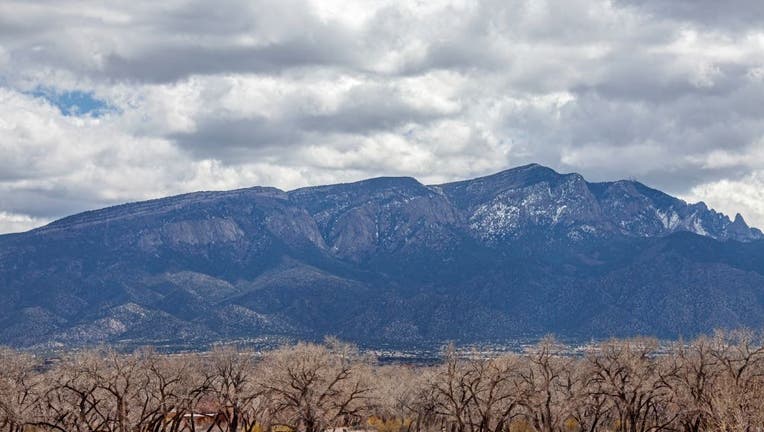 Cottonwood trees that line the Rio Grande with the Sandia Mountains in the background, Albuquerque, New Mexico. (Photo by: Citizen of the Planet/Education Images/Universal Images Group via Getty Images)

New Mexico search and rescue crews used ropes and helicopters Saturday to rescue 21 people who were stranded overnight in two tram cars after an iced-over cable caused the cars to get stuck high up in the Sandia Mountains overlooking Albuquerque.

All the people on the two cars were employees of the Sandia Peak Aerial Tramway or a mountaintop restaurant, and the 20 in one car were being ferried down to the base of the mountains at the end of their workdays, Arguellas said.

RELATED: Don't do this! Teen rescued after getting stuck in washing machine during game of hide-and-seek

The other employee had been heading up the mountain to provide overnight security when the tram system shut down Friday night due to icing, Arguellas said.

Passengers were stuck in a swaying cable car when a powerful earthquake was felt in Mexico City on September 7, 2021. Credit - Gilberto Romero Glez via Storyful

There were no reported injuries among those stranded, Arguellas said. "More just pretty frustrated."

To rescue the 20 people in the one car, operators were able to move it to a nearby support tower more than halfway up the mountain, and search and rescue personnel early Saturday morning hiked to the area and climbed the tower to deliver blankets and other supplies to those inside the heated car, Arguellas said.

Search and rescue personnel over several hours used ropes and other equipment to lower the stranded employees about 85 feet (26 meters) to the ground before escorting them to a nearby landing zone in the steep and rocky terrain where the tower was located, Arguellas said.

The 20 people were then ferried by helicopter several at a time to the base of the mountains, he said.

Arguellas said the second car with the one employee aboard was higher up the mountain and at location where the car was too high above the ground to lower people by ropes.

But the tram system was able to inch the second car down the cable to the rescue site at the support tower, and rescuers then used ropes to lower the 21st person as was done with the others, Arguellas said.

Brian Coon, a tramway system manager, said there was an unusually fast accumulation of ice on one of the cables that made it droop below the tram, making it dangerous to keep going, KOB-TV reported.