TAMPA, Fla. - Major renovations are coming to a park in New Tampa.

The $5.6-million improvement project will happen at Branchton Park on Morris Bridge Road and is based on input from Hillsborough County residents.

Improvements are expected to be built on land south of the park.

An estimated 45,000 residents live within a 10-minute drive to the park. The county says the first phase of park improvements could begin later this year. 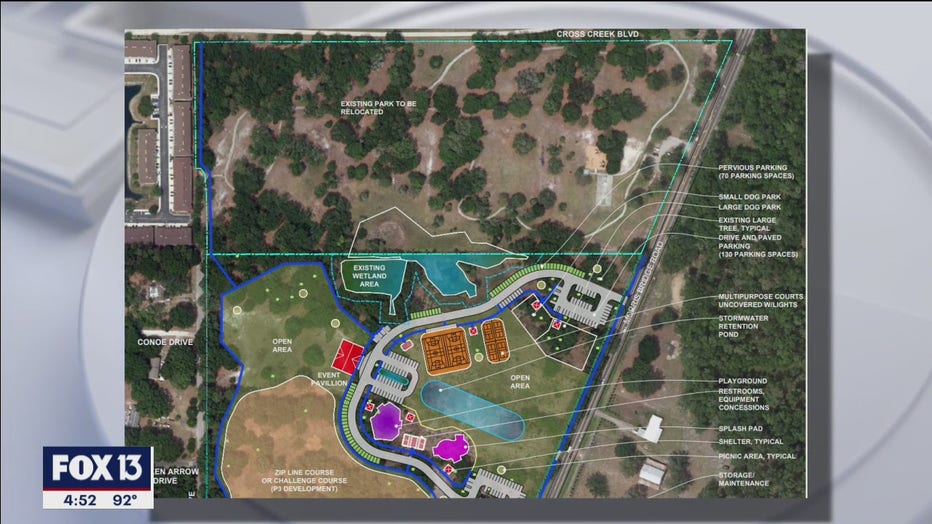