LAKELAND, Fla. - A 70-year-old woman and her five grandchildren safely made it out of their Lakeland home after it caught fire Friday evening.

According to Lakeland Fire Rescue, the oldest of the children, who are all under age nine, helped her younger siblings get out of the house. However, she was unable to help her grandmother get out on her own, so a neighbor across the street entered the home and helped the woman to safety.

Zniayah Armstrong says she was in another part of the house when her siblings yelled out there was a fire.

"So, they told me the house was on fire. So, I ran out the room because I was in the back room, and I saw it. I couldn't pick her up or anything. So, I tried at least to get her to scoot at least get away from the fire," Armstrong said. 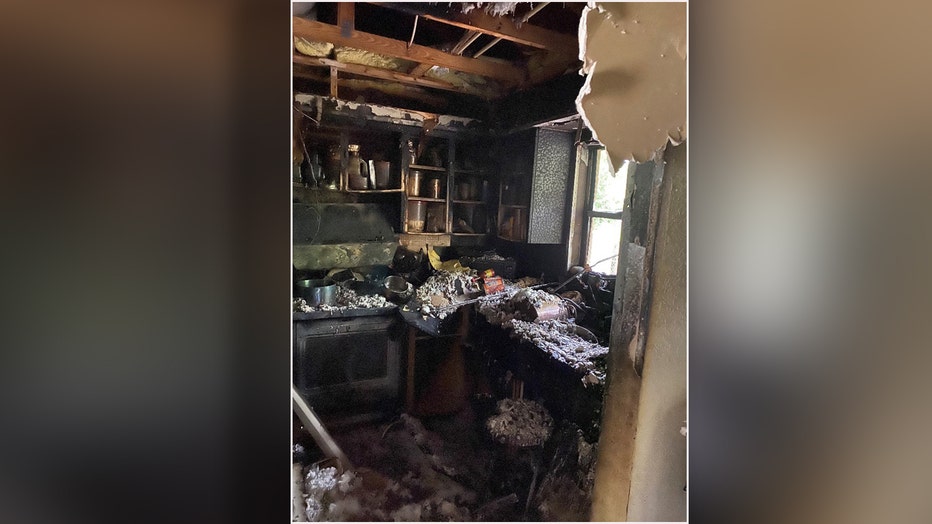 The nine-year-old says it was scary, but she remembered the fire drills at school.

"I was scared. Like it was scary to know that the house was on fire, but I had to stay calm," Armstrong said.

Her grandmother Lenola Penix says she is thankful everyone made it out safely.

"I'm happy. I'm happy. Thank you, Jesus they are here. Thank you Jesus. He didn’t let anything happen to them. Thank you," Penix said.

Penix was taken to an area hospital with non-life-threatening injuries.

Firefighters say the fire was brought under control in less than 15 minutes and it was contained to the kitchen area.

According to Lakeland Fire Rescue, an accidental cooking fire sparked the blaze.