SARASOTA, Fla. - Every day since birth, Levi Gobin has faced obstacles head-on. At 17 years old, proving people wrong has become an easy challenge for him to complete.

On Saturday, he'll face the Rugged Maniac, a 5K course with obstacles at every turn.

"I think that the three-story water slide sounds cool. I’m just hoping to God the water isn’t cold," he said.

His mom, Shree Gobin will be right by his side.

"It's just been fun because we know, at the end of the day, we aren’t competing in something to be elite or first place. We are competing for time together and to have fun," she said. 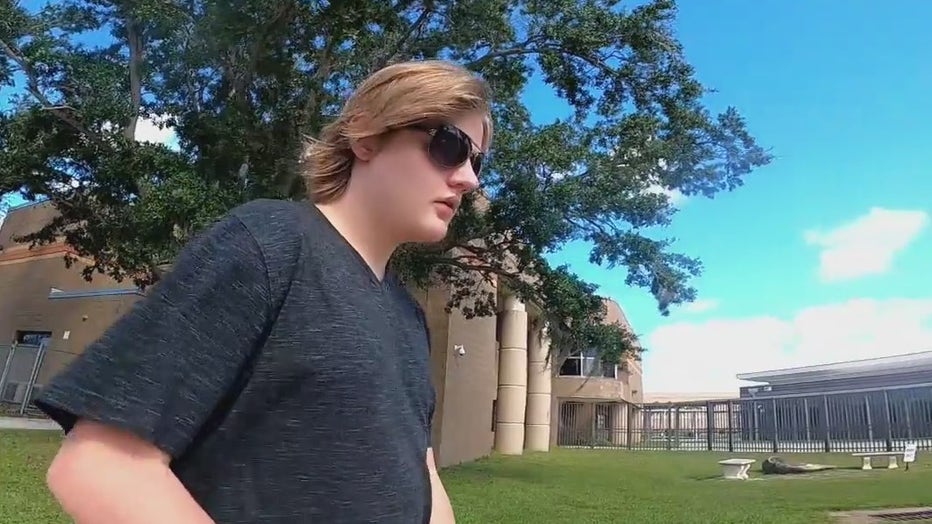 They've been practicing together. Levi hopes others will realize being blind doesn't change a thing.

He's also working to pay it forward, raising money to give back to the Lighthouse Vision Loss Education Center. It's a non-profit that's helped Levi with work and a career goal to work in the music industry.

"The Lighthouse has been just an amazing resource for me," he said.

When Levi isn't practicing to compete, he's at Booker High School where he's enrolled in the Visual and Performing Arts Program. He's played the piano since he was 6 months old.

He's also a skilled drummer and ready to face any challenge head-on.

To help Levi with his goal, visit https://www.gofundme.com/f/levi-rugged-maniac-for-lighthouse