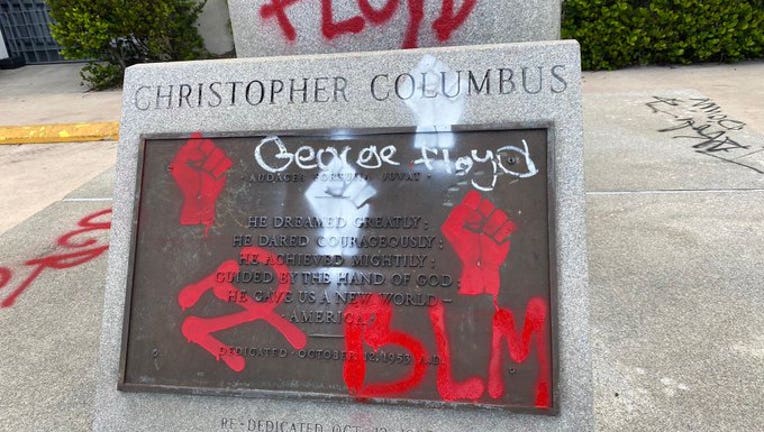 The arrests happened Wednesday after a chaotic scene ensued in the city where protesters had a confrontation with police, and a day after a figure of Columbus was torn down in Richmond, Virginia, and another was found beheaded in Boston, Massachusetts.

In Miami, demonstrators spray painted statues of Columbus and Ponce de León, another Spanish explorer who landed in Florida, in Bayfront Park with the letters “George Floyd,” “BLM” (Black Lives Matter), and a hammer and sickle, news outlets reported. Miami police said officers who responded to the scene were assaulted and their car was damaged.

There is “zero tolerance for those who hide behind the peaceful protesters to incite riots, damage property, and hurt members of the public or our officers,” police added in a news release announcing the arrests.

Some protesters had been blocking police cars before the confrontation, news outlets reported. A video of the altercation from the Miami Herald shows several officers getting out of their car and tackling one protester to the ground while other officers push the crowd from the scene. 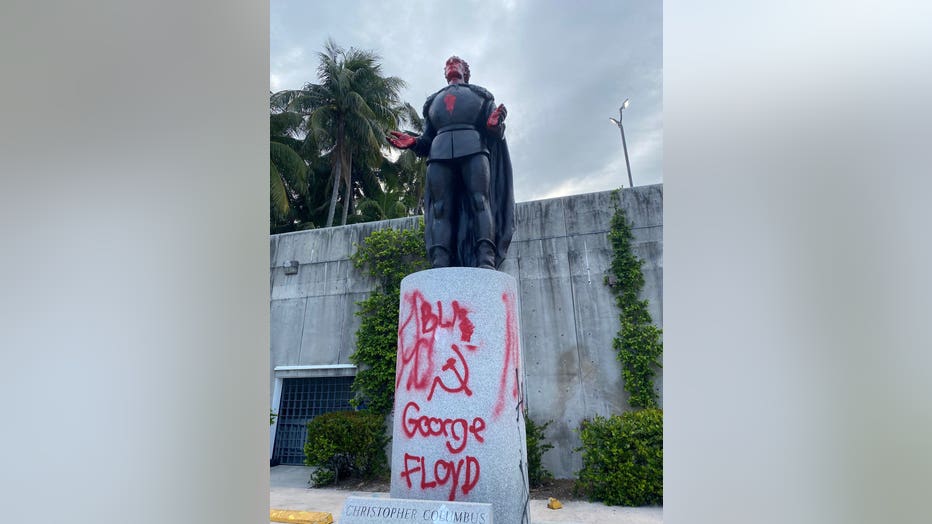 “We’ve been peaceful all week long and you just broke that peace,” Richard Dombroff, a demonstrator, told officers after the confrontation. Dombroff was given an award from county leaders for stopping people from damaging a CVS during a protest in late May, WFOR-TV reported. Louis Hernandez, another demonstrator, told the Herald police had “came out and started brutally slamming protesters,” before the chaos ensued.

The rally on Wednesday was originally organized to honor the death of an 18-year-old man, Israel “Reefa” Hernandez, who died after police used a stun gun on him in 2013, the Herald reported. 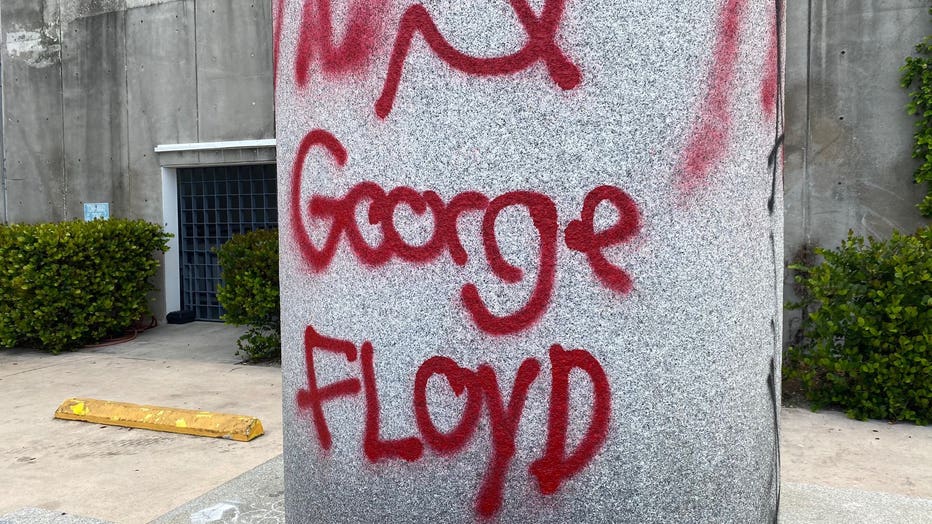 Statues of Columbus across the nation are often vandalized on Columbus Day in October as the 15th century explorer has become a polarizing figure. Native American advocates have also long pressed states to change Columbus Day to Indigenous Peoples Day over concerns that Columbus spurred centuries of genocide against indigenous populations in the Americas.