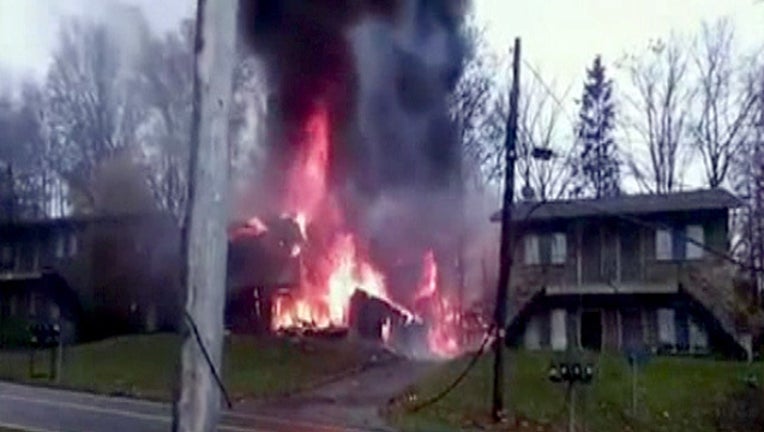 AKRON, Ohio (AP) - Nine people aboard a small business jet that crashed into an apartment building have been confirmed dead, and seven of them were employees or executives at a Florida real-estate company, authorities said Wednesday.

Ohio State Highway Patrol Lt. Bill Haymaker said two pilots and seven passengers on the 10-seat Hawker H25 were killed after it clipped utility wires and crashed into a four-unit apartment building Tuesday afternoon in Akron, sparking a fire that destroyed the building. Nobody was home at any of the apartments, and there were no other injuries.

Pebb Enterprises, based in Boca Raton, said on its website that two executives and five employees died Tuesday afternoon when the plane crashed and burst into flames.

"Our hearts are broken this morning with the news of the tragic accident that took the lives of two principals and five employees of Pebb Enterprises," the website said. "We are shocked and deeply saddened for the families, colleagues and friends of those who perished."

Investigators are trying to determine what caused the crash, which shook furniture in homes several blocks away and left behind fiery debris.

It could take days to recover and identify the victims, Haymaker said. "It's going to be extensive," he said.

Most of the victims were from Florida, but authorities said they wouldn't release any names until the bodies have been identified.

Family members say they were told by the state patrol that executive Diane Smoot was among those who died in the crash. The 50-year-old Smoot was with a group of executives from Pebb Enterprises, a company that scouts locations for shopping malls, her sister told Cleveland.com.

The Summit County coroner on Wednesday sought the expertise of a forensics team from Mercyhurst University in Erie, Pennsylvania, to help local officials at the site of the crash. The team specializes in crime scene and airplane crash recoveries of human remains.

The jet took off from Dayton and planned to land at Akron Fulton International Airport, about 2 miles from where it crashed. Haymaker said it clipped utility wires on the way down and crashed into the building, which was destroyed by a subsequent fire. The plane then hit an embankment beyond the building, causing a nearby house to also burn.

The plane burst into flames and disintegrated after impact.

Witnesses, including Carrie Willis, who lives several blocks away, said they heard explosions when the plane hit.

"I heard a big bang, and my couch shook twice," Willis said.

Another witness, Roberta Porter, lives about a block from the crash site. She was driving home when she saw the plane crash and burst into flames.

"This plane just dropped out of the sky, veered and crashed into the apartment building," Porter said.

She said it's scary to think that if she had been driving faster the plane might have clipped her car. 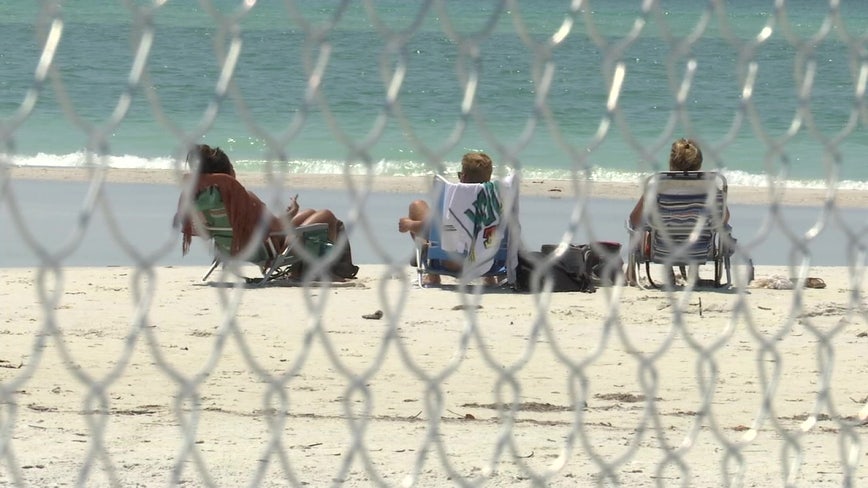