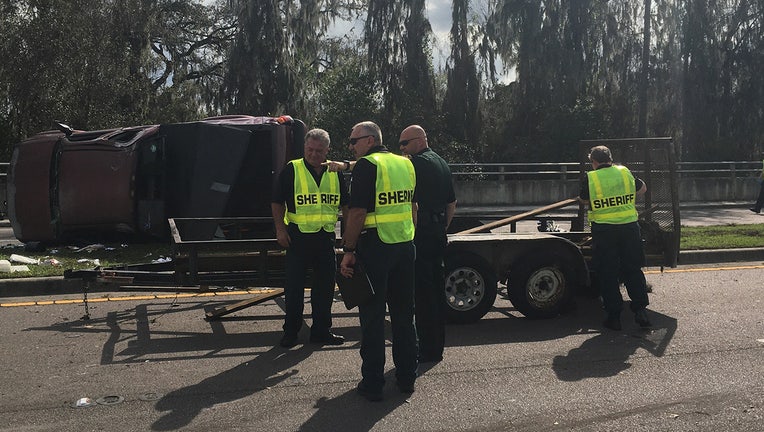 LAKELAND, Fla. - The young grandson of a pickup truck driver was killed after the vehicle flipped Monday afternoon, according to the Polk County Sheriff’s Office.

Deputies said the agency began receiving 911 calls about the single-vehicle crash, which occurred on County Road 540-A East near Lakeland-Highlands Road. Investigators said it appeared the 63-year-old driver, who the agency did not identify, was heading east on CR 540-A in a 2003 red Toyota Tundra.

The truck was pulling a trailer loaded with sod when it began "swinging violently from side to side," deputies said. It pulled the truck sideways causing it to flip onto the driver’s side.

The backseat passenger, 8-year-old Tripp Butler, the grandson of the driver, was partially ejected, the sheriff’s office reports.

The other occupants – the driver’s 63-year-old wife and another grandson, a 13-year-old --  were not seriously injured.

The child was taken to a hospital and later airlifted to Tampa General Hospital. He passed away from his injuries.

Officials said the investigation is ongoing and no charges or arrests were announced as of Tuesday morning.