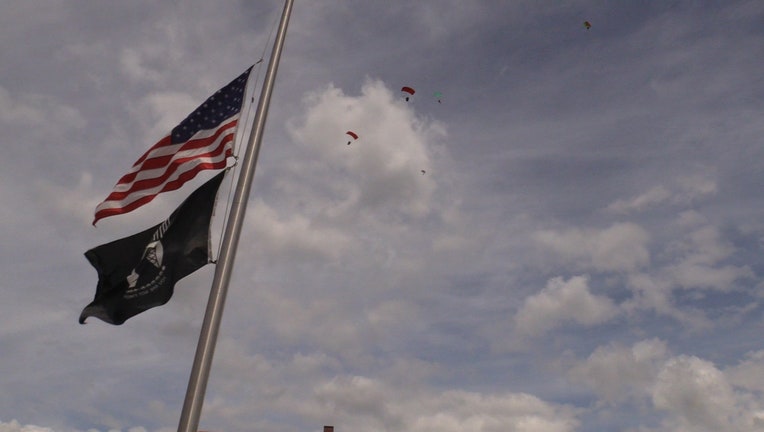 DELAND, Fla. - Skydive DeLand is mourning the loss of one of its own after he was killed in a skydiving accident Sunday morning.

The other jumper was able to regain control. However, Daugherty was not able to get his parachute back open, police said.

Bob Hellett, owner of Skydive DeLand, said Daugherty was the facility’s director of safety and training who had just completed his 20,000th jump.

He said he was with a group of seven who were doing what is considered a "fun jump".

"They were on what we would just call a basically a fun jump when they went up to accomplish some really cool things and free fall," he said.

Witnesses rushed to help and 911 calls poured into the sheriff’s office communications center.

"This is not a very good situation at all," said one caller.

"There were a bunch of witnesses who saw it and credit to them for rushing to him and trying to save them," said City of DeLand spokesman Chris Graham.

"Within an hour after the accident, we had received condolences from every corner of the Earth," Graham said.