TAMPA, Fla. - A Tampa man accused of raping a teenager over two years ago claimed he was the real victim, but jurors did not buy Reco Johnson’s claims.

Johnson got cold feet at the last minute and decided not to testify in his own defense, but had plenty to say during closing arguments about his innocence.

"I'm not guilty of doing anything," he insisted.

Johnson, who is acting as his own attorney, was accused of raping his ex-girlfriend’s 15-year-old daughter while her mother was at work back in April of 2019. 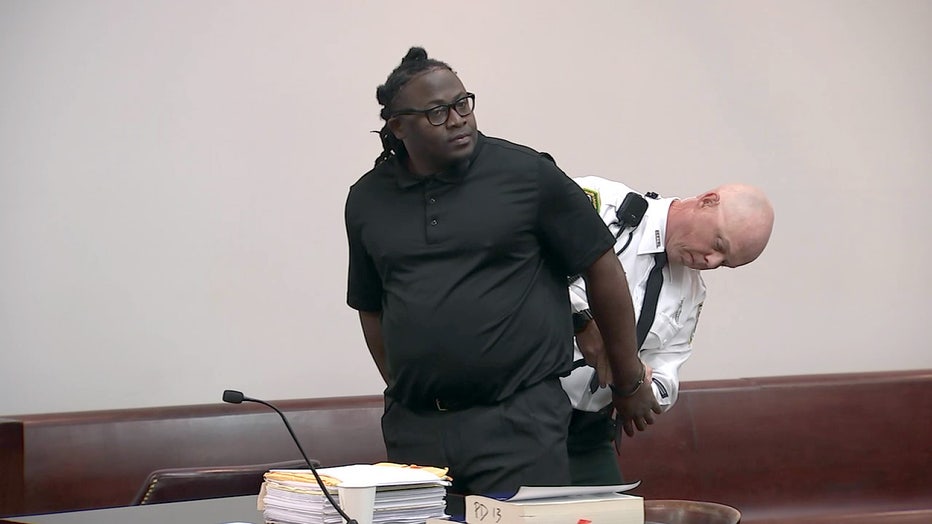 The girl, now 18, told the jury about it. But what made it nearly unbearable for her was having to answer questions from the man who's accused of raping her.

"When you said I came into your room and you had your phone in your hand, did you have an opportunity at any time to call police, record it, or call your mom?" Johnson asked the girl.

"No, I was too busy telling you to stop and pushing your hands off me," she fired back.

A Tampa man is in court this week, defending himself on sexual battery charges. Monday, he came face to face with the alleged victim and his questions may have backfired with the jury.

PREVIOUS: Man accused of raping teen defends himself in court, questions alleged victim over an hour

Prosecutor Jessica Couvertier says this was not a he-said, she-said case. There was scientific evidence pointing directly at Johnson – "his specific DNA," said Couvertier.

And she urged the jury not to have sympathy for the defendant.

"Mr. Johnson elected to exercise his constitutional right and represent himself. He doesn't get bonus points for that," argued Couvertier.

Ultimately, Johnson placed all the blame on the young girl, claiming she came on to him.

"I'm the real victim and should be found not guilty," he said.

But the jury didn't buy it and found him guilty of all counts, including lewd and lascivious molestation and sexual battery.

Johnson had no apparent reaction as the verdict was read. He'll be sentenced in February 2022.