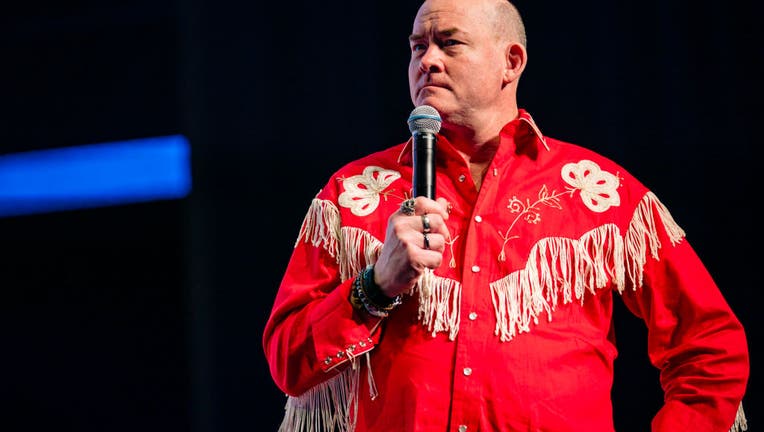 David Koechner was arrested on New Year’s Eve for a suspected DUI in Simi Valley, California.

Law enforcement sources told TMZ, which was the first to report the news, that police received a call for "an erratic driver." A patrolling officer found the actor behind the wheel.

According to the outlet, the "Anchorman" star was given a field sobriety test, which he failed, and was then hauled in for drunk driving and allegedly hitting a street sign with his car.

Records from the Ventura County Sheriff’s Office revealed that the 59-year-old was arrested on Dec. 31 at 3:03 p.m. and booked at 5:15 p.m. that day. Koechner’s vehicle was towed and he was released on Jan. 1 at 5:49 a.m. Koechner was given a March 30 court date where he’s expected to appear at the Ventura County Superior Court to answer for the alleged incident.

A rep for Koechner, as well as the Simi Valley Police Department and Ventura County Sheriff’s Office, didn’t immediately respond to Fox News’ request for comment.

The actor is known for his role in the 2004 comedy starring Will Ferrell, as well as "The Office" and "The Goldbergs." He recently completed "Izzy Lyon: The Unspun Truth" and is currently filming "Diamond in the Rough."

Koechner was set to kick off his upcoming comedy tour on Jan. 6 in Rochester, New York, with tour dates running until May 21. It’s unclear whether his court date will impact the tour. On Instagram, Koechner was also promoting his sports drama film "National Champions."

In Jan. 2020, Page Six reported Koechner and his wife, Leigh Koechner, were calling it quits after nearly 22 years of marriage. They share five children.

"… Boy what a wondrous ride it had been," she previously wrote on her site. "We recently have split, but still I embrace each day. My eyes, mind, and heart are wide open so I don’t miss a thing. My house is like a pressure cooker of learning. My kids show me everyday where I still have work to do and I welcome it all with open arms."