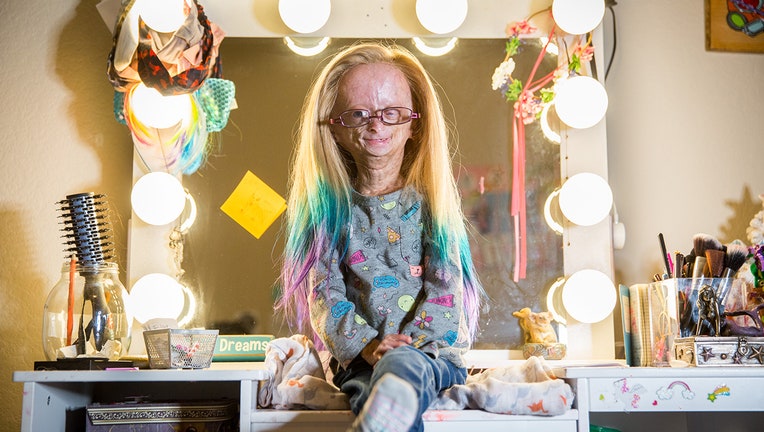 Adalia Rose, known worldwide as a YouTuber who suffered from a rare genetic disease, has died. She was 15 years old.

"January 12, 2022 at 7pm Adalia Rose Williams was set free from this world," a post published on her Facebook and Instagram accounts stated. "She came into it quietly and left quietly, but her life was far from it. She touched MILLIONS of people and left the biggest imprint in everyone that knew her."

The post continued: "She is no longer in pain and is now dancing away to all the music she loves. I really wish this wasn’t our reality but unfortunately it is. We want to say thank you to everyone that loved and supported her. Thank you to all her doctors and nurses that worked for YEARS to keep her healthy. The family would now like to mourn this huge loss in private."

Rose lived with a rare genetic condition called Hutchinson-Gilford progeria syndrome (HGPS). According to the National Organization of Rare Disorders, the disease is a "rare, fatal, genetic condition of childhood with striking features resembling premature aging."

Children with progeria usually have a normal appearance in early infancy, but at approximately nine to 24 months of age, affected children begin to experience profound growth delays, resulting in short stature and low weight.

NORD added children with progeria die of heart disease (atherosclerosis) at an average age of 14.5 years.

Williams had nearly 3 million subscribers on YouTube, where she shared videos of makeup tutorials and other content that displayed her day-to-day life. She also had more than 400,000 fans on Instagram.

Many followers and people reached out on social media to pay tribute to Williams and offer condolences to her family.

Fashion designer Michael Costello, who designed dresses for the teenager, spoke out on social media after learning of Williams’ passing."My heart is broken," Costello wrote on Instagram. "I am at a loss for words and cannot stop crying. Adalia has been so special to every single person that she met. She was an angel. Despite the cards she was dealt with, she had the most positive attitude and such big dreams of helping everyone around her. I love you so much Adalia… Words cannot convey how much you’ve changed my life. I will miss you dearly, friend, and I promise to cherish all the wonderful memories we’ve had together."

A GoFundMe ‘Memorial for Adalia Rose’ account has been set up by the family, where contributions raised will "go towards funeral costs and medical expenses."