Adoption fees may triple for pups from East Tampa breeder

While most adoption fees hover around $120, the center is trying to significantly increase the price for hundreds of small, designer dogs that were rescued from a local breeder in September.

TAMPA, Fla. - Adopting a new friend at the Hillsborough County Resource Center typically costs about $120, which officials say covers the costs associated with getting a pet ready for its forever home.

But adoption fees may triple for hundreds of small, designer-breed dogs that were seized from an East Tampa breeder in September.

According to a county spokesman, the more than 300 dogs rescued from Trish's All-Breed Grooming have a high market value, and officials worry the dogs will be adopted and resold. The department argues increasing the adoption fee to as much as $450, depending on the dog's age, will ensure the dogs end up in the right hands.

"People do anything off the backs of animals," said Sherry Silk, who runs the Humane Society of Tampa Bay.

Although Silk admits she was surprised by her partner's price hike, she says it makes sense.

"Two dogs I personally know of, this year, ended up on Craigslist," said Silk. "People were trying to sell them to make money."

Critics argue not everyone can afford the increased adoption fees.

The Hillsborough County Commission is expected to discuss and vote on the issue at its Wednesday meeting. 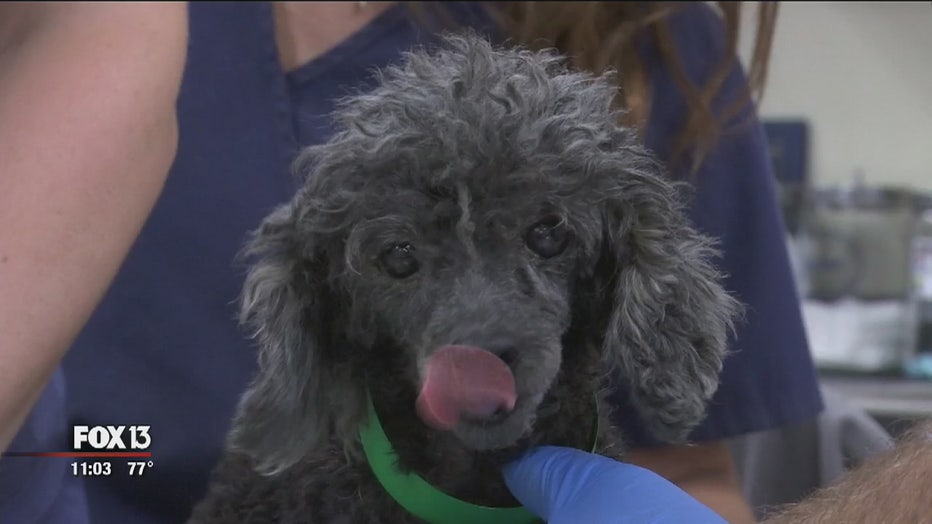