LUTZ, Fla. - After nearly 30 years of serving his country, retired Lt. Col. Brian Butler started his own business which has been has open for over a decade.

Butler is the founder of Vistra Communications, based out of Lutz. He started it in his garage in 2007.

"We wanted to make it a fun place to work." Lt. Col. Butler said. "I been in business for 14 years and we have about 100 employees today with offices in Tampa and another one in the Washington, D. C. area." 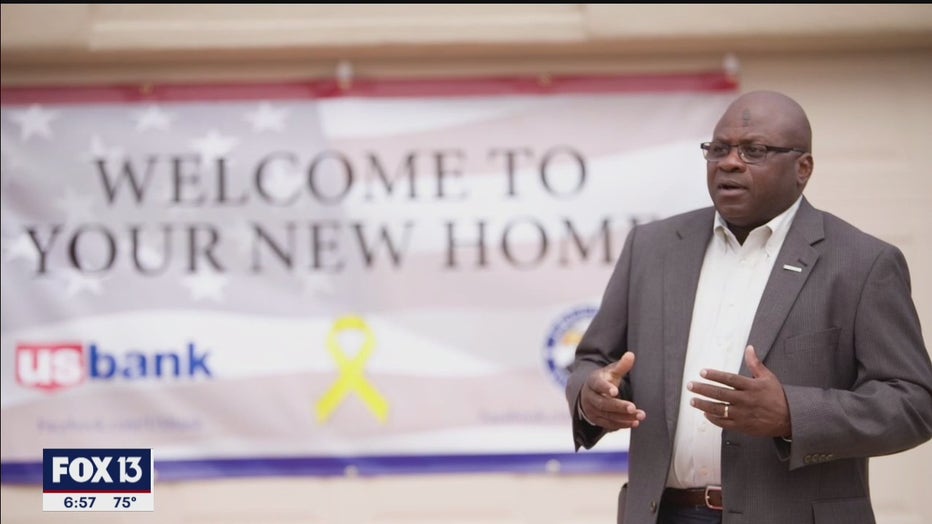 "Vistra was really a word that we made up from three words: vision, strategy, and action," he explained.

Three words that he learned from his parents in his South Florida middle-class neighborhood.

"I think about how they push me as a kid. To not only dream big, but to do big," Butler recalled.

He said his mom did big things. She participated in Civil Rights marches.

"My mom was a civil rights activist. She was at the March on Washington in 1963 and she really believed that education was the great equalizer," he added.

It’s something that Butler took to heart. He graduated high school and joined the Army ROTC program at Hampton University. He graduated with a marketing degree.

"My time in the Army took me to over 60 countries, something I never envisioned growing up as a kid in Riviera Beach," Butler said.

"I worked for a Joint Chief on Staff and I was a spokesperson for a Secretary of the Army. I also worked in the White House for two years," the retired servicemember said.

After he retired in 2006, Brian started Vistra Communication, a company based on community service.

"I thought that if we built a business that really got involved and engaged this community and made a difference, then it would come back to us and that's what happening on many fronts," he said.

A small-town boy, through hard work and determination, is having big success. Butler also started a program called CEO in Schools to help students realize their full potential.