FWC shared this video showing the bear, before and after.

NAPLES, Fla. - A Collier County bear is finally free weeks after it was spotted on home surveillance with a plastic container stuck on its head.

Florida Fish & Wildlife officials set traps and conducted night patrols around the Golden Gate Estates neighborhood near Naples, and finally, 28 days after she was first spotted, they were able to tranquilize her and remove the plastic container.

Officials believe it was part of an automatic pet feeder.

The 250-pound bear was actually in "great shape," FWC said. The hole on the end gave her enough room to eat, drink and breathe. 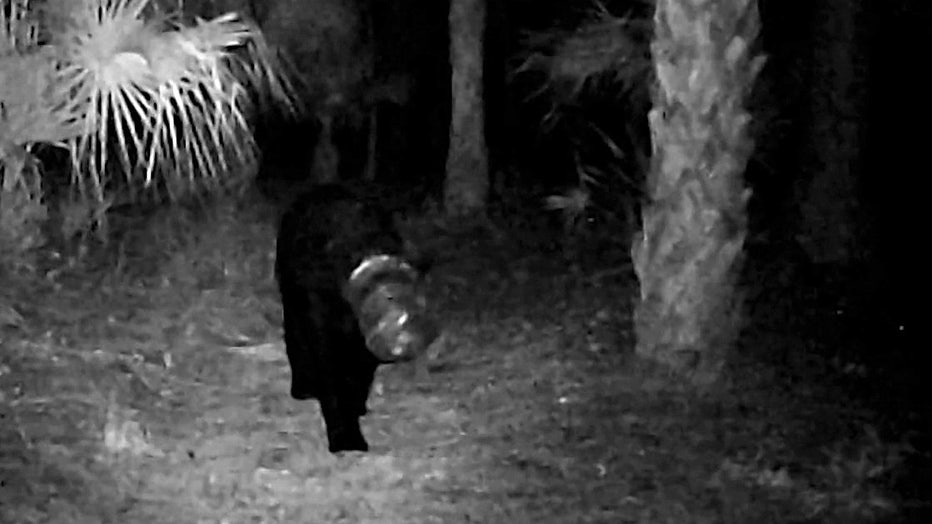 The bear, seen with her bucket before the rescue.

She did have a wound around her neck, though, so officials cleaned her up, gave her antibiotics, and monitored her for just over a day.

She was released into Picayune Strand State Forest.

READ: The manchineel tree, the most dangerous in the world, is here in Florida