Manchineel: The most deadly tree in the world

In his Science Pro segment, Dave Osterberg has the details on the manchineel tree.

TAMPA, Fla. - There’s a tree so dangerous that even standing beneath its branches could be fatal – and you can find it right here in Florida.

The manchineel tree is harmful in just about every way aside from looking at it. Legend even says it’s what killed Spanish explorer Ponce de Leon.

The tree is more commonly found in Central and South America but is also indigenous to the Sunshine State, mostly in the Everglades and the Keys. It requires tropical conditions to thrive.

The manchineel excretes a toxic white sap. Touching the tree’s leaves and branches is known to severely irritate the skin, cause blisters, and it can even close your airways if you inhale fumes from the sap.

Inhaling smoke from a burning manchineel tree has been known to cause temporary blindness, and the sap can do the same if it gets into your eyes.

Standing underneath the tree in a rainstorm is a bad idea; the raindrops will pull some of the sap off and they can burn anyone below.

The tree produces a crabapple-like fruit – called "beach apples" by some – that is also poisonous. Eating it can cause internal bleeding and vomiting. 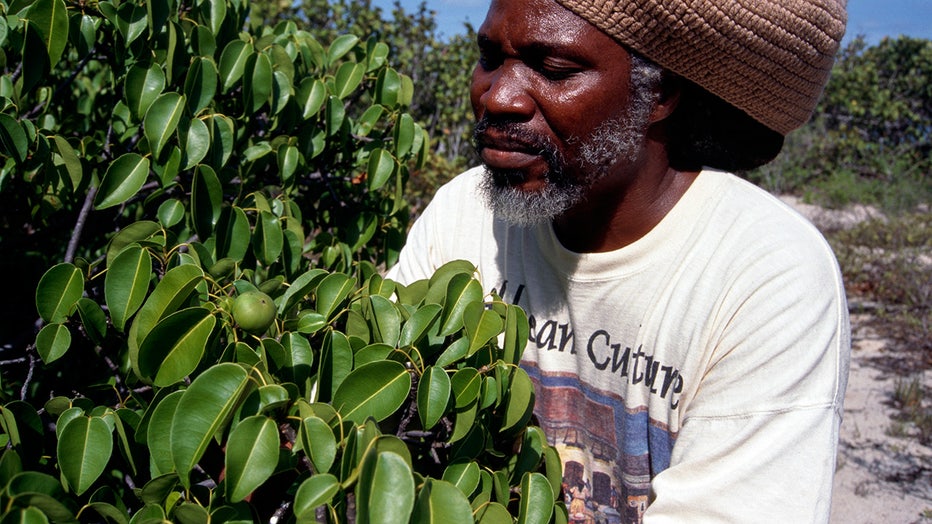 Why can't we just get rid of all of them? They're an endangered species now, so they're protected. They do benefit the environment because they typically grow near the water, acting as a windbreak against storms and fighting beach erosion.

Legend has it that Ponce de Leon, in his quest for the Fountain of Youth, was shot by an arrow dipped in manchineel sap, and that’s what killed him. Historians say there’s no way to know that for sure, but scientists agree, it’s a good idea to avoid the trees as much as possible.