TAMPA, Fla. - It was Tampa’s old-time talk and roll: The lector talked as the cigar workers rolled.

"Back in the heyday, the lector would read the news of the day to the cigar makers," explained Eric Newman of the J.C. Newman Cigar Co.

To mark the 111th anniversary of 'El Reloj,' the last working cigar factory in Tampa, Newman and his family invited special guests to be lectors, the first to fill that role since the Tampa cigar factories did away with lectors in 1931.

One of the guest lectors was Mario Nunez, whose great grandparents came to Tampa to work in the cigar factories.

"They worked long hours and that smell of tobacco was on them the next morning," offered Nunez, "So it wasn’t an easy time, but it was a time." 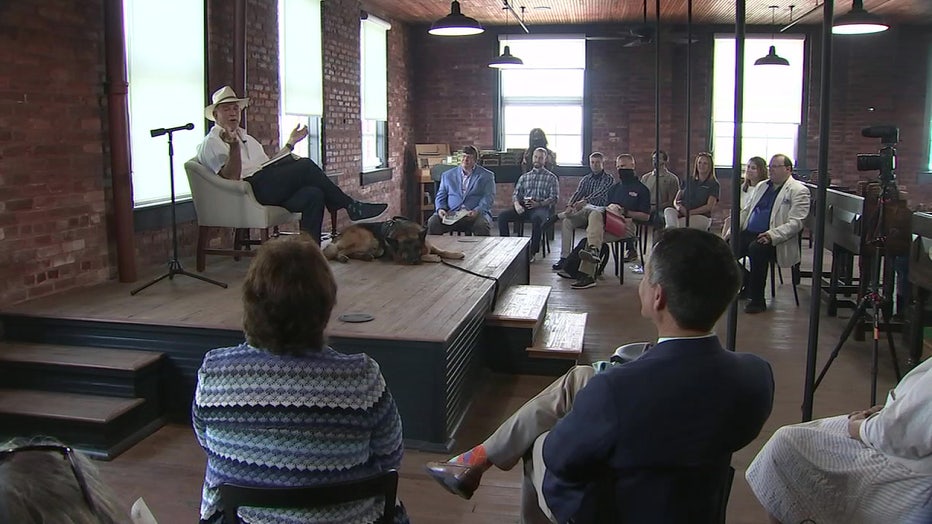 It was a time made easier by the lector, who actually worked for the cigar workers.

"At the end of the week, each one of the workers would cough up a quarter apiece," explained Patrick Manteiga. "They would put it in a pile and that would be his pay, which was good pay in those days."

Machines have been used to make cigars at J.C. Newman Cigar Company for decades, but there are still some employees at the factory that continue to hand-roll cigars. They can produce up to 100 per day.

Manteiga’s grandfather came to Tampa from Cuba in 1914 to be a lector in the Morgan Cigar Factory. Among his goals was to inform and educate the workers.

"And an informed and intelligent workforce isn’t always as docile as you would like them to be," Manteiga continued. 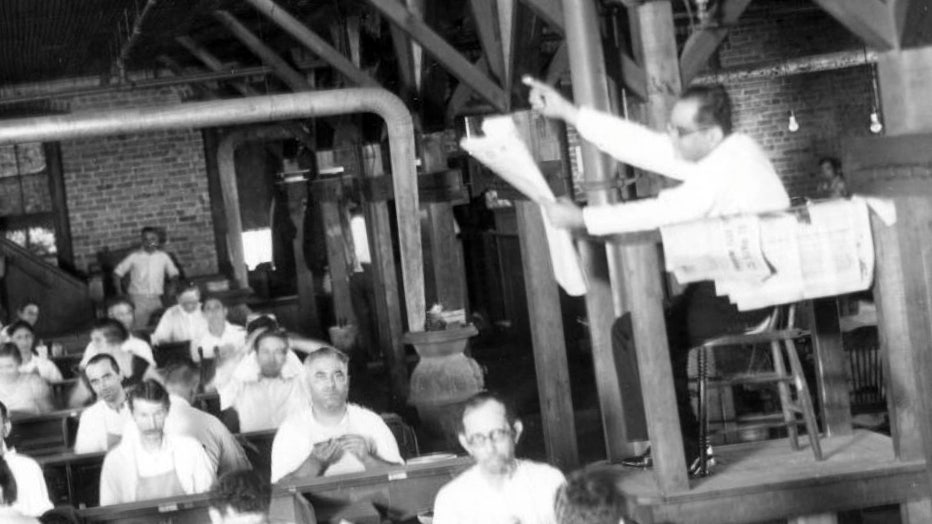 By 1931, all of the Tampa factories had done away with lectors, blaming them for helping stir up workers who went out on strike. But Manteiga’s grandfather founded La Gaceta, the nation’s only trilingual newspaper, which is still published today. It carries on the spirit of its founder, the lector.

Built from red bricks in 1910, the Ybor City cigar factory with the high clock tower is a monument to the immigrants who built Tampa, one roll at a time.

The Newman family recently finished a massive renovation of the cigar factory, which includes an interactive museum of Tampa’s cigar history.

Free, self-guided tours of the factory on N. 16th Street are available weekdays 8 a.m. to 5 p.m., while 90-minute guided tours are $15 and available by reservation.

It's been known for generations as The Clock: The old cigar factory with the clock tower at 16th Street and Columbus in Ybor City, built in 1910, is the last operating cigar factory in Tampa. But it's still revealing new details about life in old Ybor.