TAMPA, Fla. - Built from red bricks in 1910, the Ybor City cigar factory with the high clock tower stands out.

“This was the biggest cigar factory in the world,” boasted Eric Newman, a third-generation cigar maker.

Now, he’s not just talking cigars, but he’s showing everything that goes into making them as a tour guide in the new, working museum attraction that lets visitors take in the sights and sounds of one of Tampa's oldest traditions.

Workers are busy hand-rolling cigars, just as workers did it at this very factory generations ago.

The grandson of the founder of J.C. Newman Cigar Company never knew there was a secret stairwell in a room once used by managers to count money made from that day's production of cigars. Apparently, it was used to hide money from the mafia before they can rob the factory.

“I can’t think of anything that is made the same way today as it was 125 years ago,” Newman offered.

His family has just opened the one-of-a-kind attraction at their factory on 16th Street. It tells the story of the industry and its immigrant workers who helped build Tampa in the late 1800s, through the first half of the 20th Century. 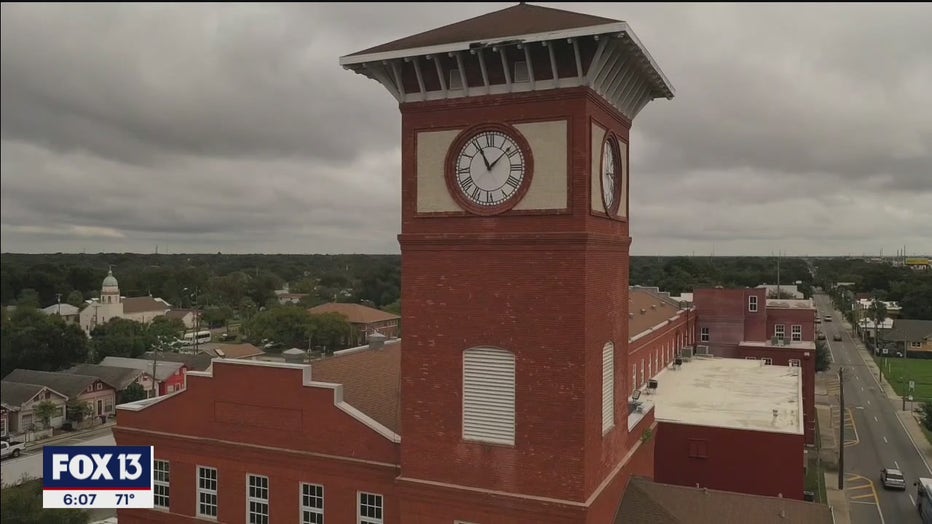 The red clock tower is visible from just about anywhere in Ybor.

The museum and factory has three floors of displays with interactive movies and real cigar industry artifacts.

“You walk into our factory, it’s like walking back in time,” Newman continued.

During the 18 months of renovations, the old factory revealed its own secrets.

It's been known for generations as The Clock. The old cigar factory at 16th Steet and Columbus in Ybor City is the last operating cigar factory in Tampa and renovations revealed a hidden staircase from the days of the Cuban mafia.

“These are a hidden set of stairs,” Newman told FOX 13 during our visit in November of 2019, after they found a room where they believe the payroll was hidden from the mafia.

“Back in those days, every cigar factory got robbed,” he explained. 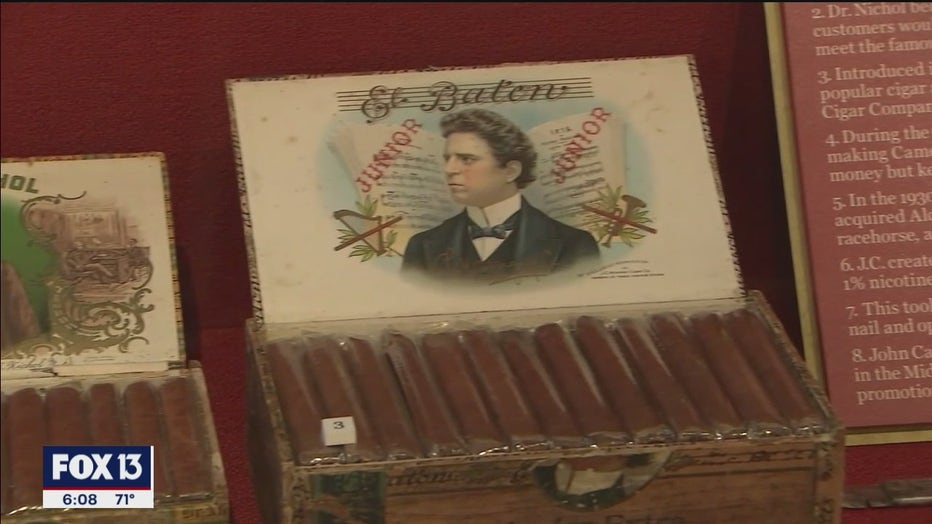 Immigrants built the city of Tampa, one cigar at a time.

No doubt, this factory full of cigars is also full of stories. It’s now open to the public, weekdays from 9 a.m. to 5:30 p.m. There's a self-guided visit for free, or you can schedule an in-depth guided tour for $15.

“Cigars are so special to Tampa. It’s what makes Tampa unique, just like wine to Napa Valley makes them unique, as automobiles are to Detroit,” Newman added.

While the cigars are rolled, the stories are told in the factory with the clock tower that truly is a time machine.