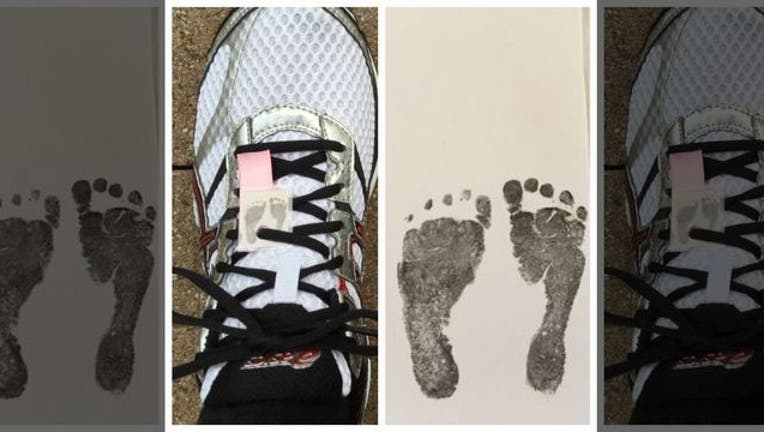 Longo runs with a copy of Angelina's footprints and a pink ribbon. (Photo via FOX News / Longo)

(FOX News) - Christopher Longo’s wife Lynne, 35, who was 22 weeks pregnant with the couple’s third child, was at the hospital for a scheduled ultrasound when doctors discovered that the baby had no heartbeat.

Once he arrived at the hospital, Longo, 38, immediately comforted Lynne and then asked for an ultrasound to confirm that the baby had passed away. Since Lynne had had a normal, healthy pregnancy up until that point, the baby’s death came as a huge shock to them.

“It was surreal to say the least,” Longo, the interim assistant principal at Schaghticoke Middle School in New Milford, Conn., said. “My feeling behind it was utter disbelief.”

The next day Lynne delivered their baby, a daughter they named Angelina.  Shortly thereafter, Longo decided that despite their tragic loss, he was going to find a positive way to cope through his grief and maybe even inspire others along the way.

Tap here to read the full report on FOXNews.com.