OLDSMAR, Fla. - For 40 years, Stan DeFreitas has mixed plants with personality as Mr. Greenthumb on Tampa Bay Area TV and radio stations. But his plants ended up healthier than his heart.

"I thought, ‘It’s going to get better next week,’ and, of course, it got worse," DeFreitas recalled.

He ended up in the hospital in Clearwater and was then sent to Tampa General Hospital where he saw Dr. Siva Kumar.

"He walked into my office and as soon as I saw him, his heart was not doing anything. So we really had to admit him right away," Dr. Kumar recalled.

DeFreitus’ heart was so bad that a machine was needed to keep his blood pumping, but he never lost faith.

"It’s going to be the toughest fight of your life, but if you have a positive attitude, all things are possible," he said. 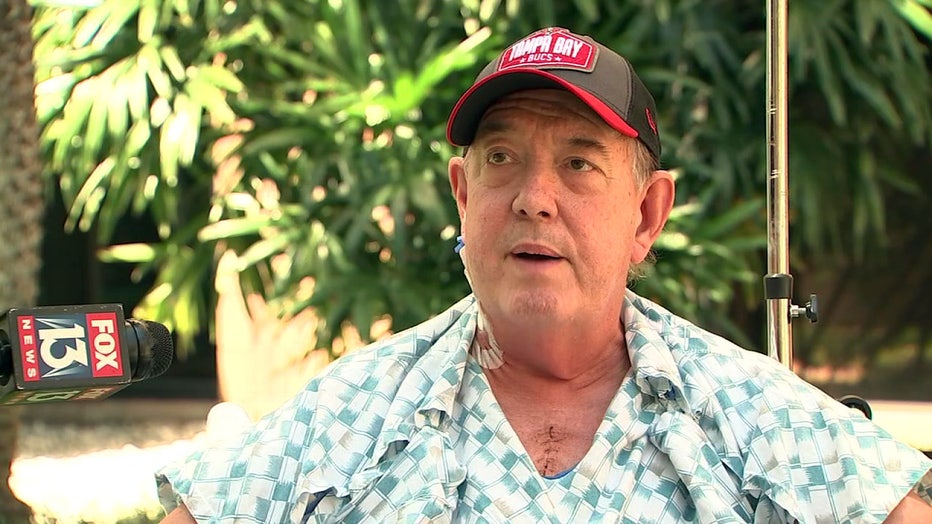 In a lifesaving operation, the heart of a young woman who died was transplanted into DeFreitus’ chest. His life was saved by an organ donor. He is forever grateful.

"When somebody does pass on, I think one of the greatest gifts you can give is to help someone else live," he offered.

DeFreitus has written several books, including a guide to Florida gardening that one of the top gardening books ever, but he has plans for a new one. He says it will be about how to keep tabs on your plants -- and your heart.

"I’m going to write a book called ‘A Heart For Gardening.’"

Mr. Greenthumb is still on the air. You can catch him Sunday mornings on AM-860.

"I feel very lucky and blessed that God said maybe I’ve got more years to keep going," he added.