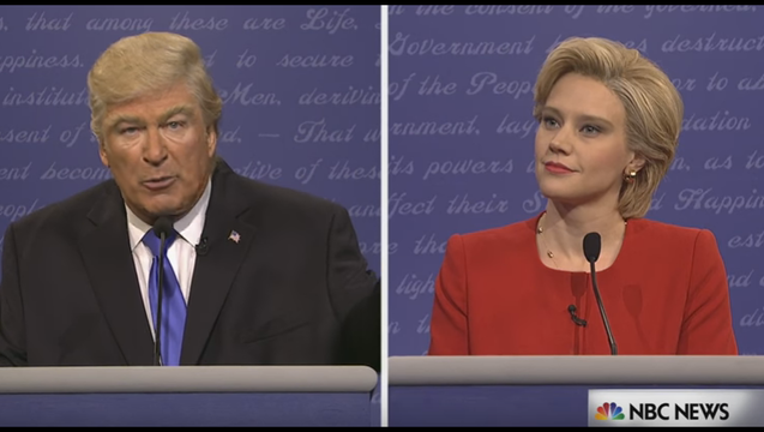 (FOX News) - The cold open for the premiere of the 42nd season of "Saturday Night Live" featured a hilarious parody of the first presidential debate between Hillary Clinton and Donald Trump.

Playing off news stories about Hillary's health, McKinnon hobbled onto the dais with a cane, coughing. She suddenly drops her cane, steps to the podium and announces she's "better than ever." "Let's do this!" she says.

After stepping to his podium, a wig-sporting Baldwin maintains a pout as he promises to be "very presidential", capturing much of Trump's verbal cadence on display at rallies and past debates.

Read the full story on FOXNews.com.