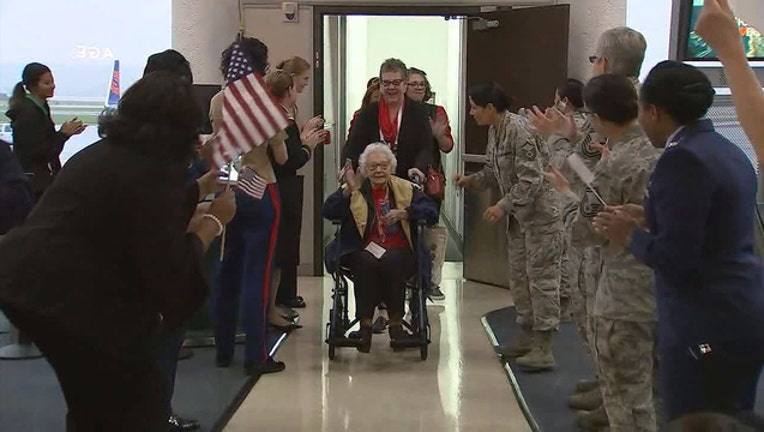 The honor flight took off from Omaha, Nebraska at about 4 a.m. and arrived at Ronald Reagan Washington National Airport just after 7:30 a.m. Upon their arrival, the women were greeted by a crowd cheering them on as they made their way through the airport.

In the video player above, FOX 5's Bob Barnard reports as the all-women honor flight arrives.