DUPONT, Wash. (AP) — An Amtrak train making the first-ever run along a faster new route hurtled off an overpass south of Seattle on Monday and spilled some of its cars onto the highway below, killing at least three people, injuring more than 100 and crushing two vehicles, authorities said.

Attention quickly turned to the train's speed. A website that maps location and speed using data from Amtrak's train tracker app showed the train was going 81.1 mph (129 kph) about a quarter of a mile from the point where it derailed, where the speed limit is significantly lower.

Seventy-seven passengers and seven crew members were aboard when the train derailed and pulled 13 cars off the tracks. Authorities said there were three confirmed deaths and more than a dozen people with critical or serious injuries.

About two hours after the accident, a U.S. official who with others was briefed on the investigation said he was told at least six people were killed. No additional briefings were provided by late afternoon, and the official said he had no new information to explain the discrepancy in the numbers.

The official was not authorized to discuss the investigation publicly and spoke to The Associated Press on condition of anonymity.

A track chart prepared by the Washington State Department of Transportation shows the maximum speed drops from 79 mph (127 kph) to 30 mph (48 kph) for passenger trains just before the tracks curve to cross Interstate 5, which is where the train went off the tracks.

The chart, dated Feb. 7, 2017, was submitted to the Federal Railroad Administration in anticipation of the start of passenger service along a new bypass route that shaves 10 minutes off the trip between Seattle and Portland.

It was not clear how fast the train was moving at the precise moment when it derailed.

Positive train control — the technology that can slow or stop a speeding train — wasn't in use on this stretch of track, according to Amtrak President Richard Anderson.

He spoke on a conference call with reporters, said he was "deeply saddened by all that has happened today."

In a radio transmission immediately after the accident, the conductor can be heard saying the train was coming around a corner and was crossing a bridge that passed over Interstate 5 when it derailed. Dispatch audio also indicated that the engineer survived with bleeding from the head and both eyes swollen shut.

"I'm still figuring that out. We've got cars everywhere and down onto the highway," he tells the dispatcher, who asks if everyone is OK.

Aleksander Kristiansen, a 24-year-old exchange student at the University of Washington from Copenhagen, was going to Portland to visit the city for the day.

"I was just coming out of the bathroom when the accident happened. My car just started shaking really, really badly. Things were falling off the shelf. Right away, you knew that this was not something minor," he said.

The back of his train car was wide open because it had separated from the rest of the train, so he and others were able to jump out to safety. He was at about the middle of the train, either the sixth or seventh car, he said, and was "one of the lucky ones."

Emma Schafer was headed home to Vancouver, Washington, on winter break from the Cornish College of the Arts in Seattle and was napping when the crash occurred.

She awoke to find her body at a 45-degree angle and her train car dangling from the overpass. Someone behind her was pinned by the legs, she said, and she and others who could walk exited the train by crawling onto a car underneath theirs that had been crushed.

"It felt oddly silent after the actual crashing. There was a lot of metal, a lot of screeching, a lot of being thrown around. It was very quiet. Then there was people screaming," Schafer said.

"I don't know if I actually heard the sirens, but they were there. A guy was like, 'Hey, I'm Robert. We'll get you out of here.'"

Dr. Nathan Selden, a neurosurgeon at the Oregon Health & Science University in Portland, said he and his son drove through the accident scene while traveling north to visit Seattle. The doctor asked if he could help and was ushered to a medical triage tent in the highway median.

The most seriously injured had already been whisked away, but the patients he helped appeared to have open head wounds and skull, pelvic or leg fractures, as well as small cuts and neck sprains, he said.

He called it a miracle that an infant child he saw from the scene appeared completely unharmed.

President Donald Trump used the deadly derailment to call for more infrastructure spending in a tweet sent about three hours after the accident. He said the wreck shows "more than ever why our soon to be submitted infrastructure plan must be approved quickly." The accident happened on a newly completed bypass.

The train was making the inaugural run on the new route as part of a $180.7 million project designed to speed up service by removing passenger trains from a route along Puget Sound that's bogged down by curves, single-track tunnels and freight traffic.

The Amtrak Cascades service that runs from Vancouver, British Columbia, to Eugene, Oregon, is jointly owned by the Washington and Oregon transportation departments. Amtrak operates the service for the two states as a contractor and is responsible for day-to-day operations.

The Amtrak schedule called for the train to leave Seattle around 6 a.m. and arrive in Portland about 3 1/2 hours later.

The new bypass was built on an existing inland rail line that runs along Interstate 5 from Tacoma to DuPont, near where Train 501 derailed. Track testing began in January and February in advance of Monday's launch and continued through at least July, according to the Washington State Department of Transportation.

The tracks, known as the Point Defiance Bypass, were previously owned by BNSF and were used for occasional freight and military transport.

The mayor of Lakewood, Washington, a city along the new route, predicted a deadly crash — but one involving a fast-moving train hitting a car or pedestrian at a grade-crossing, not a train tumbling off an overpass. At a recent public meeting, he called on state planners to build overpass-like rail structures instead of having trains cross busy streets.

Eric Corp, a councilman for the small city of DuPont near the derailment, said he rode the train with about 30 or so dignitaries and others on a special trip Friday before the service opened to the public Monday.

"Once we were coming up on that curve, the train slowed down considerably," he said, adding that "in no way did it make me feel like we were going too fast."

National Transportation Safety Board investigators were at the scene.

All southbound lanes of I-5 were closed south of Joint Base Lewis-McChord, and motorists were being warned to avoid the area.

This story has been updated to reflect that authorities said Monday night that three people died. A U.S. official said earlier that six people were killed.

Flaccus reported from Portland and Sisak reported from Philadelphia. Associated Press staffers Manuel Valdes in Dupont, Sally Ho and Phuong Le in Seattle and Michael Balsamo in Los Angeles contributed to this report. 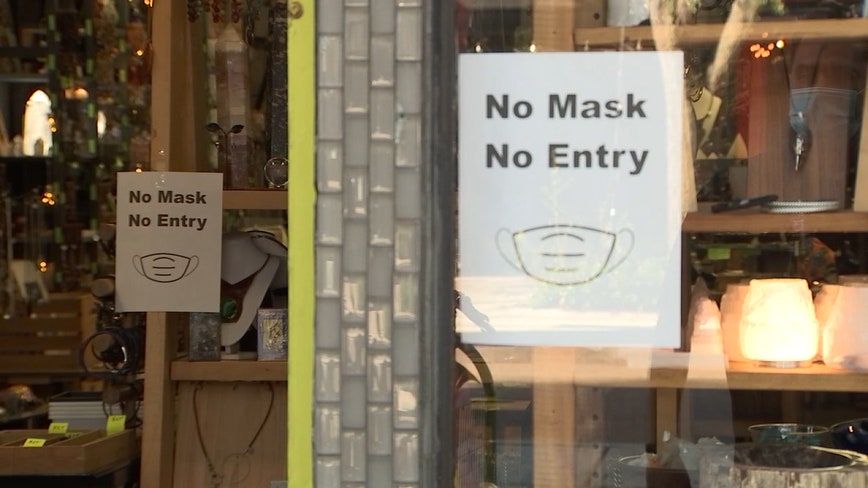