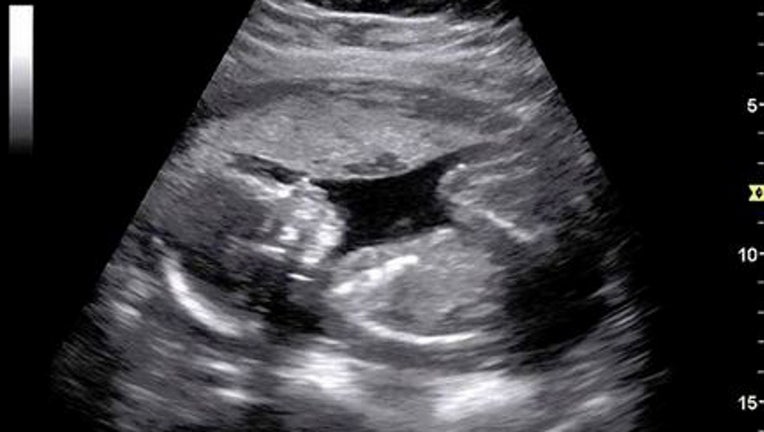 LITTLE ROCK, Ark. - Arkansas lawmakers on Wednesday approved legislation banning nearly all abortions, sending the bill to a Republican governor who has expressed reservations about the move.

The majority-Republican House voted 75-18 for the bill, which bans all abortions except those to save the life of the mother in a medical emergency. The bill, which passed the Senate last month, does not include any exceptions for rape or incest.

Arkansas is one of at least 14 states where outright abortion bans have been proposed this year, an effort by conservative Republicans to force the U.S. Supreme Court to revisit its 1973 Roe vs. Wade decision that legalized the procedure nationwide.

"It's time for this decision to be overturned in the Supreme Court," Republican Rep. Mary Bentley, a sponsor of the measure, told House members.

Another sweeping abortion ban was signed into law by South Carolina’s governor last month but was quickly blocked by a federal judge due to a legal challenge by Planned Parenthood. Alabama enacted a near-total ban on abortions in 2019 that has been blocked because of court challenges.

Arkansas Gov. Asa Hutchinson, who has approved several major abortion restrictions since taking office in 2015, stopped short of saying whether he'll sign this bill and told reporters he'd make a decision next week.

"It's pro-life legislation and I support pro-life legislation," Hutchinson said shortly before the House vote. The governor has five days, not counting Sunday, after the bill is delivered to him to take action before it becomes law without his signature.

The governor previously said he's concerned about the ban not including rape and incest exceptions, and the direct challenge to Roe vs. Wade. An attorney for National Right to Life told Hutchinson in a letter that the chances of the legislation leading to overturning Roe vs. Wade were "very small and remote."

RELATED: ‘Inexplicable’: Fauci says now is not the time for states to roll back COVID-19 restrictions

National Right to Life has not taken a position on the bill, though its state affiliate and other anti-abortion groups in Arkansas have backed the measure.

Democrats called the measure extreme and said such an outright ban if enacted would lead to women taking dangerous steps to end their pregnancies.

"We don't have to make women in this state collateral damage simply to advance a political cause," Democratic Rep. Ashley Hudson said.

Arkansas has some of the strictest abortion laws in the country and two years ago Hutchinson signed into law a measure that would trigger an abortion ban if the Roe decision was overturned. Another law Hutchinson signed in 2019 banning abortion 18 weeks into a woman's pregnancy is on hold because of a court challenge.

Abortion rights groups have said they're prepared to challenge the outright if it's enacted. Planned Parenthood called the bill the "equivalent of a demand letter" to the Supreme Court.

"This abortion ban is plainly unconstitutional and we stand ready to challenge it and any effort to block Arkansans from care or dictate their personal medical decisions," the American Civil Liberties Union of Arkansas said in a statement. "We will be seeing the state of Arkansas in court again."