TAMPA, Fla. - As neighbors, Hunter Arndt and Nicolas Tavassoli became fast friends when they met. Besides being neighbors, they both were Eagle Scouts, their dads worked together at MacDill Air Force Base and they both were a part of JROTC in high school.

After high school graduation, both young men applied and were accepted to the United States Military Academies and their paths diverged with one being accepted to West Point and the other to the Navy Academy in Annapolis.

"We've been warring for the past three and a half years," shared Alice Tavassoli.

Why, you might ask, would neighbors with such a connection be at war with each other?

"We live across the street from each other so during the Army-Navy Game we put all of our Navy stuff up in the front lawn and they put all of their stuff out. It's a fun rivalry," shared Shannon Arndt, a proud Navy Mom.

The dads put the whole thing into perspective. 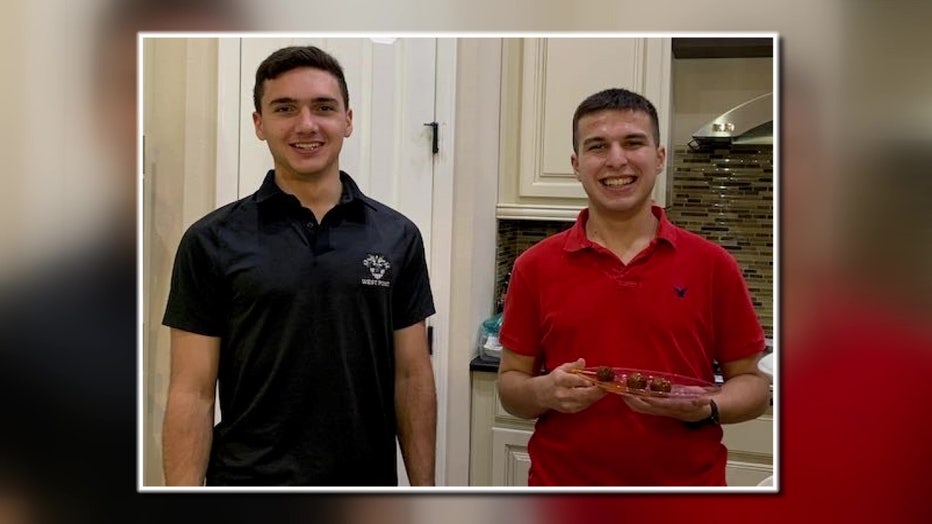 "The Army-Navy rivalry has been going on since 1890," explained Peter Stark. "It's one of the longest college football rivalries."

While the teams aren't usually mentioned on ESPN's College Game Day with the same reverence as SEC powerhouse teams like the Georgia Bull Dogs or Alabama's Crimson Tide, both teams have loyal followings.

"They're not going to be the top SEC teams and all that, but they're going to be fighters," said Stark. 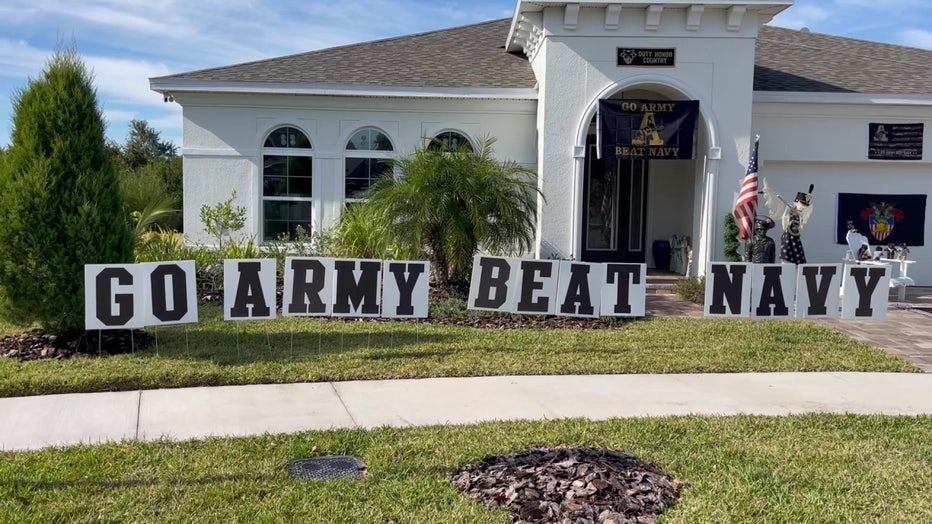 Hunter's dad Robert Arndy said, "We've been watching the games on TV hoping to see our son on TV."

He and his wife make a big deal of this rivalry.

"I've got the pompoms. I go buy balloons... the wreath on the front door," laughed Shannon Arndt. 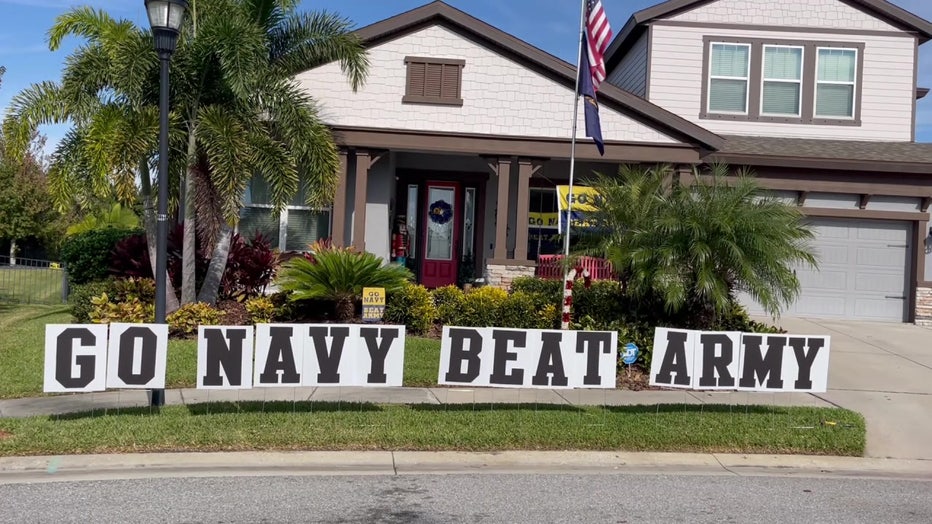 But all rivalry aside, at the end of the game, everyone is on the same team supporting our servicemen and women.

"They're both really stellar cadets. I learn more from my kid than anybody... I mean, he teaches me," said Tavassoli.

READ Life in the foxhole: 97-year-old Villages veteran reflects on D-Day, Battle of the Bulge

"These are the future leaders of America," said Robert Ardnt. 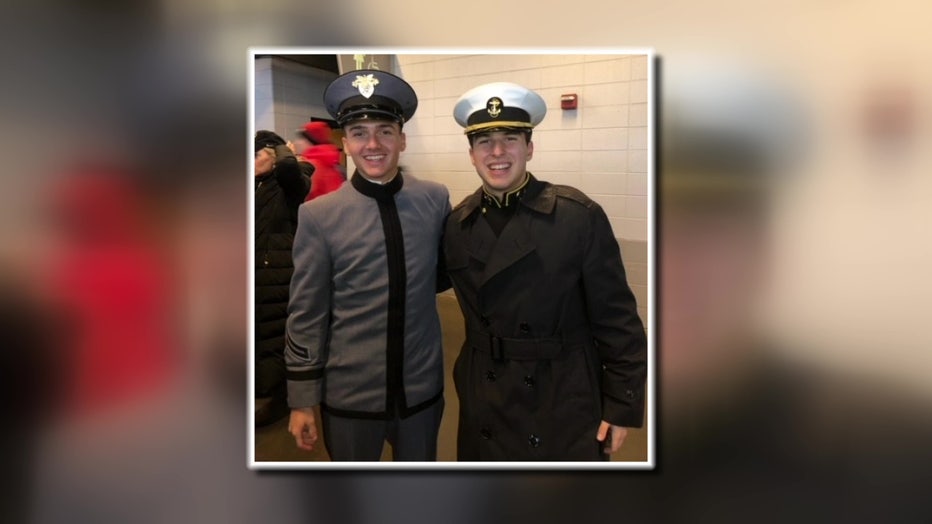 Datz in South Tampa will be hosting a local watch party compete with signature desserts decorated to support the two teams.