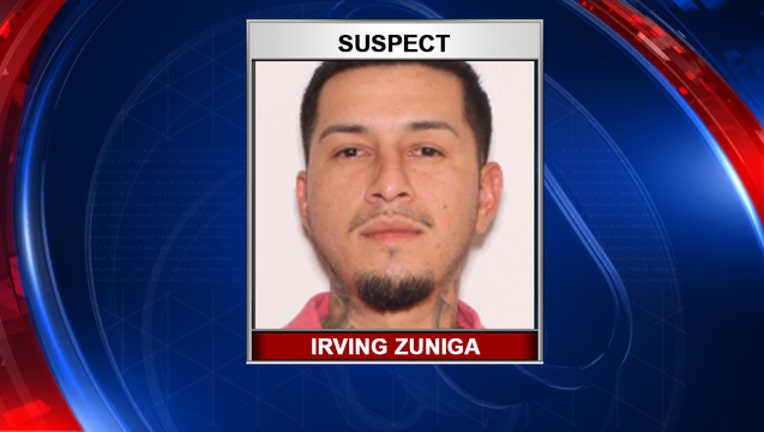 PALMETTO, Fla. (FOX 13) - Detectives in Manatee County have issued a warrant for the arrest of a suspect in the murder of a teenager in Palmetto.

The Manatee County Sheriff's Office is searching for 28-year-old Irving Zuniga, who is wanted for the murder of 18-year-old Jesus Molina on Saturday morning.

Investigators said Molina was shot and killed, then taken to the 1200 block of 61st Street East, where his body was later discovered by a person passing the area.

The sheriff's office said detectives are still investigating what happened between the two men, and did not release a suspected motive.