DUNEDIN, Fla. - A man in a motorized lift was stranded about 150 feet in the air on the side of a water tower in Dunedin, making for a difficult rescue Friday afternoon. Curlew Road was shut down for hours, and multiple agencies responded.

Tom Stovall , the artist working on painting the Dunedin water tower, has been up every day working on creating a colorful mural since April 22. 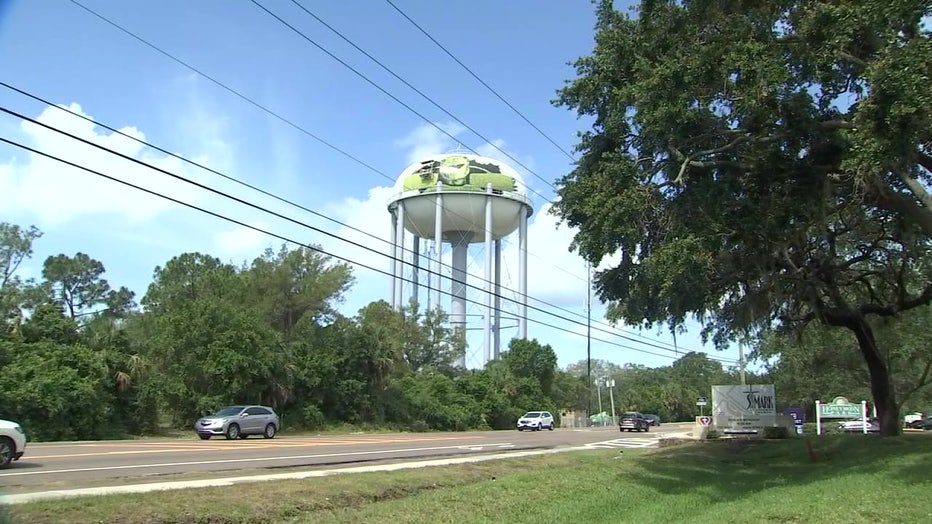 "I finished because it looked like rain was on its way," Stovall said. "And that was the really the only thought that was in my head coming down was, oh, well, we're beating the rain. And all of a sudden, stop."

The lift basket he uses to get to his lofty canvas froze just as he started to ride down; there was a problem with the motor. Crews knew right away that it would take more than just a bucket truck to get him down.

The Technical Rescue team from Pinellas County was called to do the job.

"They were able to set up an operation where they went to the top of the tower, rappelled off of the side, secured him to one of the rescuers, and then brought him all way to the ground," explained Dunedin Fire Rescue Deputy Chief Michael Handoga. 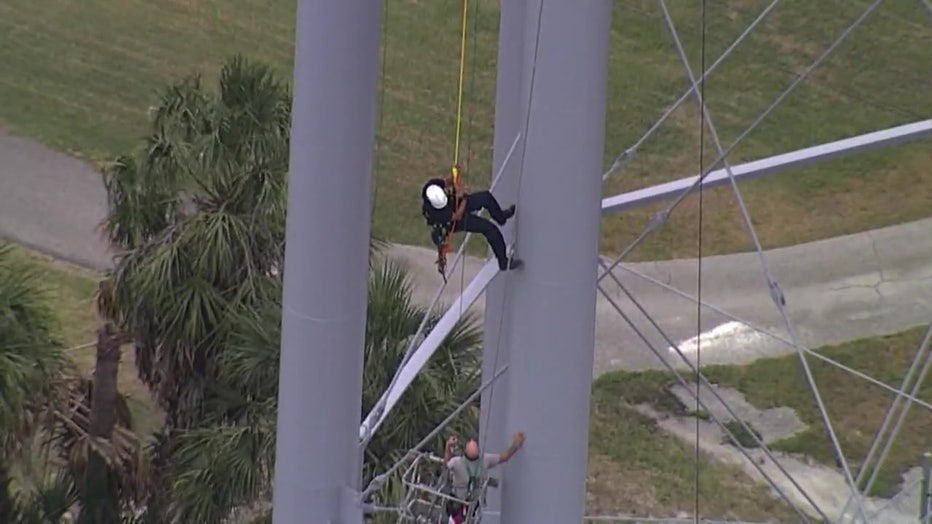 Technical rescue and high angle rescue is a very specialized field, but Stovall said he wasn't worried or panicked.

"I've seen some pretty amazing things over my life, but this was really impressive," he said.  "It happened very quickly, extremely efficiently."

In all, Stovall was stuck suspended in the basket for two hours. The artist is used to attention, just not like this. 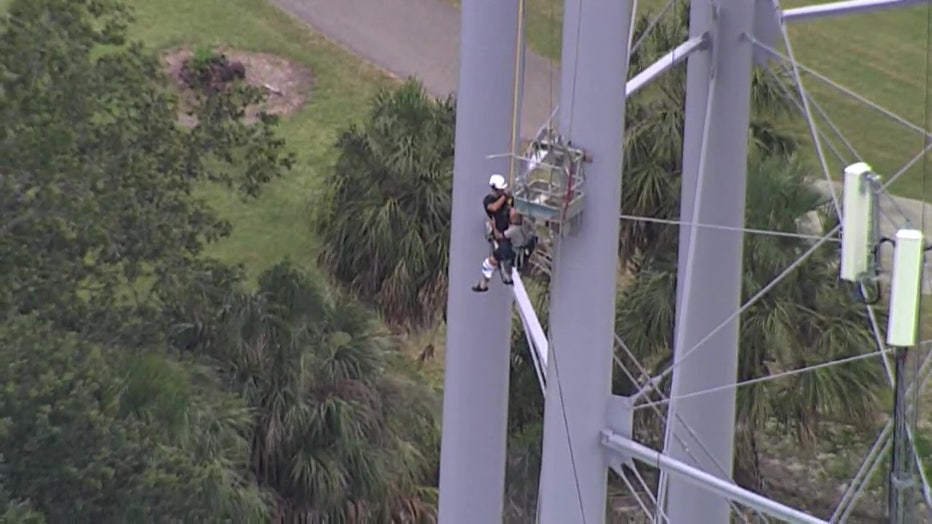 "It wasn't until I hit terra firma, I didn't fall apart, but I certainly got an overwhelming feeling of emotion and thankfulness for their efforts," he said.

Stovall plans to be back out working at the water tower this weekend, just this time, he will be taking stairs.