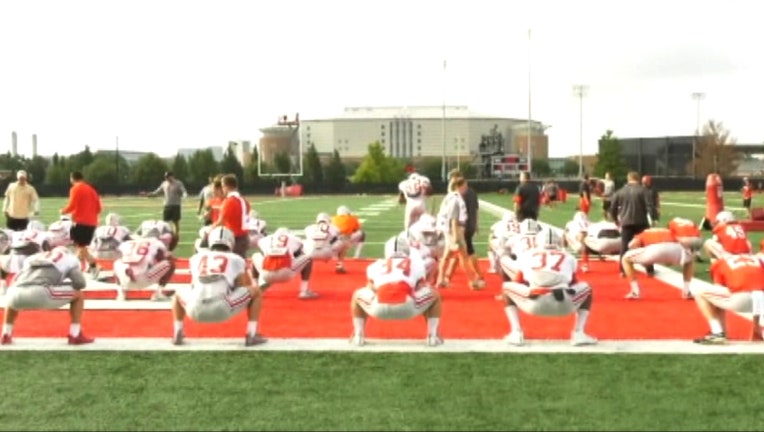 TALLAHASSEE, Fla. - A fast-moving bill to allow student-athletes in Florida to hire agents and ink endorsement deal reached a speed bump Tuesday, as lawmakers attempted to reconcile differences between their dueling proposals.

The Senate had passed its version earlier this week, which the House took up Tuesday and replaced with its own version that provides health insurance to student-athletes. The House is expected to finalize its approval on Wednesday and return the modified legislation back to the Senate.

“If a college or university benefits from the talent and skills of these young women and men, which they do, then it is my strong position that these schools should value the athletes enough to ensure that their health is protected,” said Rep. Chip LaMarca, the sponsor of the House bill.
“When a student puts on a school’s jersey, risking injury to their own mind and body, they do so with pride,” LaMarca said in a statement. “We must take care of our collegiate athletes in a full and comprehensive way, and not just toss them aside when their value to the institution has expired.”

Florida’s effort to allow compensation for student-athletes appeared to be getting full-throttle support, including blessings from Gov. Ron DeSantis. He had joined bill sponsors in October to endorse the proposal.

If signed into law, Florida would become the second state behind California to block the NCAA from prohibiting student-athletes from profiting from their names and likeness.

Following California’s move — and as other states sought readied to also challenge the NCAA’s longstanding prohibitions — the collegiate body announced last fall that it would take action to lift the money-making ban for the 450,000 athletes under its purview. But it did not commit to a specific timeline for doing so.

While there are still differing versions of the proposal, the essence of the bills would protect athletes from losing scholarships or being thrown off teams because of endorsement deals.

It was unclear if the insurance provision adopted by the Florida House would be a deal-killer in the Senate.

For years, the NCAA had argued that allowing athletes to profit from their prowess in the field or arena would do away with the distinction between amateur and professional athletes — a notion that has been increasingly dismissed by advocates who say colleges and the NCAA itself has for years profited from student athletics.

College sports generate billions of dollars in revenue, including $1 billion annually for the NCAA. But none of that money is allowed to go to college athletes.

Similar efforts are underway in Georgia, Maryland, New York, South Carolina, and Washington, among others. Congress may also be taking up the effort.