Woman, child survive after being struck by lightning at beach

In southwest Florida, a woman and her 12-year-old niece are recovering after being struck by lightning while in the water. It wasn’t storming or raining at the time, but experts say you can never be took careful during this time of the year.

NAPLES, Fla. - While swimming at a southwest Florida beach, an aunt and her niece were struck by lightning.

The lightning strike occurred around 6:10 p.m. Monday at Clam Pass Park in Naples, reports WINK- TV. Officials said the 38-year-old woman and 12-year-old child were in the water at the time.

Both were taken to a hospital. One had moderate injuries and another had minor injuries. As of Tuesday night, they were expected to be OK.

Dr. Ben Abo, who is part of the Collier County EMS team, responded to the scene and said being out in the water is the last place anyone should be when there is lightning.

"The secondary effects if you’re unconscious on top of not breathing, you can drown and things like that," Abo explained to the news outlet. "Really, it’s the worst situation to be out on the water."
However, he added, there were other people swimming. It was not raining and a storm had already passed by. 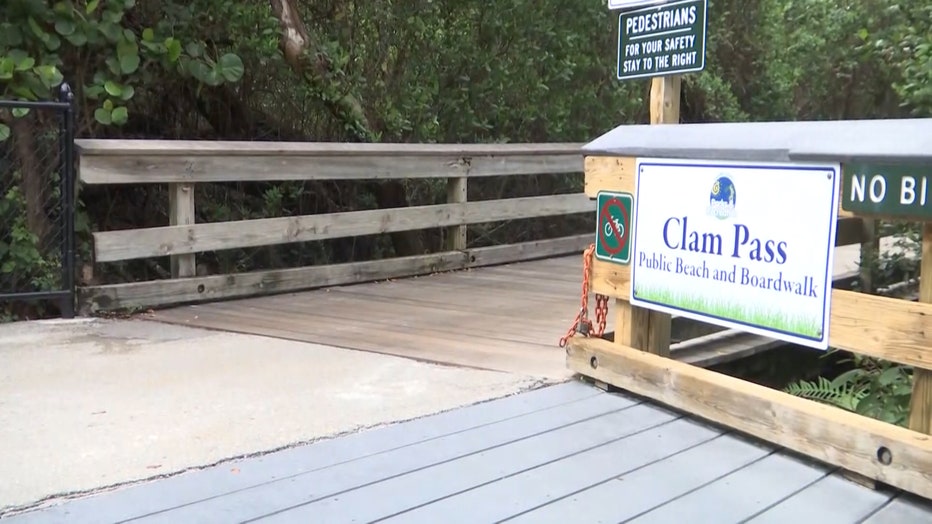 Dr. Abo said it’s important to know what to do if someone is struck by lightning.

"There are people who honestly still think your electrified, don’t touch them," he said. "No, you got to get emergency care immediately, and that could really make or break the difference."

Teen struck by lightning still on road to recovery

A Texas teen was visiting Siesta Key Beach in 2020 with his family when he was struck by a bolt of lightning and became partially paralyzing. It’s been one year since then, and his family is hoping to educate beachgoers of the dangers of lightning.

RELATED: Family warns beachgoers one year after son was struck by lightning

For this region of Florida, it was the third strike in less than two weeks. In total, five people were injured. The statistic came as a surprise for some beachgoers.

"First thing that really comes to my mind is that a lot of people that come down here aren’t aware that, when a storm comes rolling in, it’s time to get out of the water," Cameron Carrigan said to WINK-TV.

"This is also an eye-opener for other people," Dylan Holmes described.