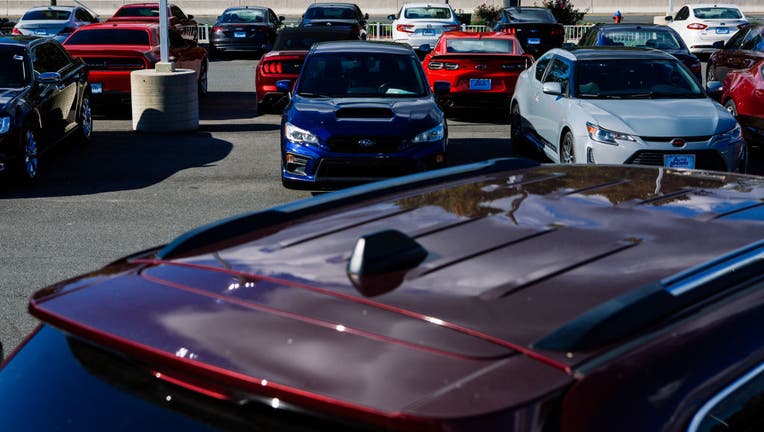 FILE IMAGE - Rows of used cars for sale are seen outside in AutoLenders dealership lot in Lawrenceville, New Jersey on Oct. 22, 2021. (Photo by Michelle Gustafson for The Washington Post via Getty Images)

The average car is getting less affordable for the average person, with typical monthly payments hitting all-time highs.

According to a report by Cox Automotive and Moody's Analytics, the affordability of new vehicles continued to climb in May for the fourth month in a row, with monthly car payments averaging $712 per month.

"Unfortunately for the segment of the population that probably needs it the most, it's getting more and more out of reach," Ivan Drury, senior manager of insights at the car buying expert Edmunds, told NPR of the difficulty of buying a car.

Consumer Price Index data from May showed that over the previous 12 months, new car prices have gone up 12.6%, This and rising interest rates have made monthly payments higher than ever.

Used cars have increased even more with an increase of 16.1%.

According to Kelly Blue Book, the average new car purchase price in May was $47,148.

"I joke with people that every new car purchase is a luxury car purchase, I don't care what you're buying," Drury told NPR.

The report by Cox and Moody's said May saw a median of 41.3 weeks of income needed to buy the average new car.

"So much of the future of the world is going to be written here, in the Indo-Pacific, over the next several decades," Biden said in remarks on May 20, 2022, at a Samsung facility in South Korea.

A major cause of the price increases is the ongoing shortage of computer chips that run many major functions in modern vehicles.  According to Cox Automotive's Rebecca Rydzewski, things may not get much worse, but there is no sign of them getting better any time soon.

"Prices for both new and used vehicles are showing signs of stabilizing, and price growth will likely decline over the course of the summer as the anniversary of the ‘big squeeze’ in inventory passes," Rydzewski said in a statement included with a Cox report in June. "However, no one should expect price drops, as tight supplies in the new market will hold prices at an elevated level into 2023."