A baby monitor recorded the scary ordeal of a tree crashing into a Louisiana home, sending debris onto a sleeping 5-month-old baby. Credit - Courtney Buchholtz

Friday night started like any other for Courtney Buchholtz and her family.

Buchholtz, from Prairieville, Louisiana, gave her 5-month-old son Cannon a bath and together with Buchholtz’s husband Kale, the three said their nightly prayers. At 7:42 p.m., Buchholtz put Cannon to bed and she and her husband sat down on the couch to relax.

There was a storm going on outside, but Buchholtz said aside from being a little louder than usual, it didn’t seem dangerous. 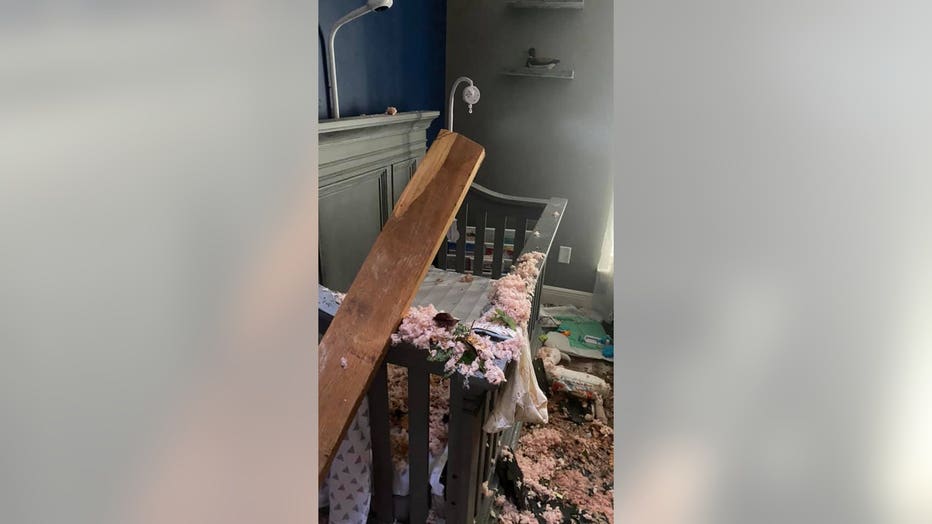 However, just two minutes after they sat down, the couple heard a crash. Buchholtz told Fox News that at first, she thought lightning had struck the house, but when she looked at the baby monitor on her phone, she saw debris falling onto Cannon. 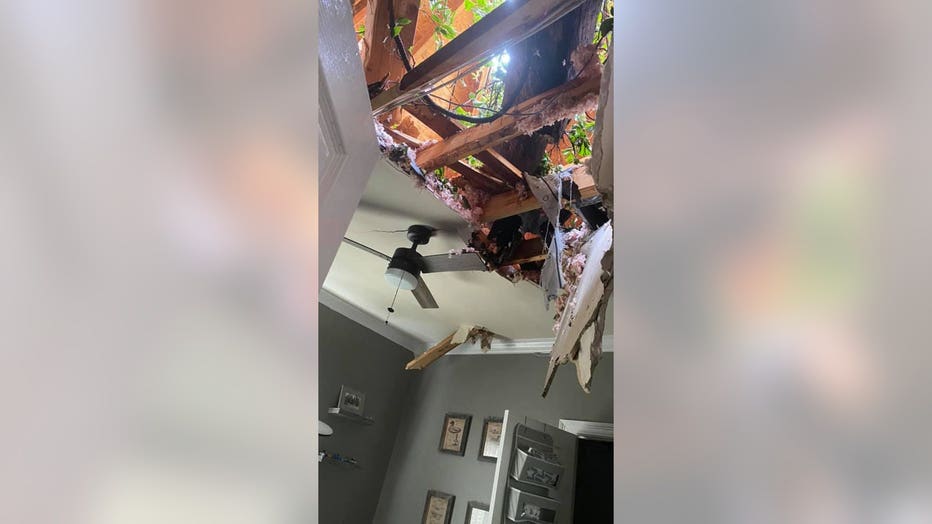 Though the tree came through the Buchholtz family's roof over baby Cannon's crib, nothing heavier than insulation fell into the crib onto Cannon. (Courtney Buchholtz)

"I got up immediately and ran," Buchholtz told Fox. "The whole house shook and I ran and I told my husband, you can hear me, I think in the video, saying, ‘Kale, the window.’ I thought the window had shattered into his crib."

That wasn’t the case. Instead, a huge oak tree had fallen through the roof of the house, right over Cannon’s crib. 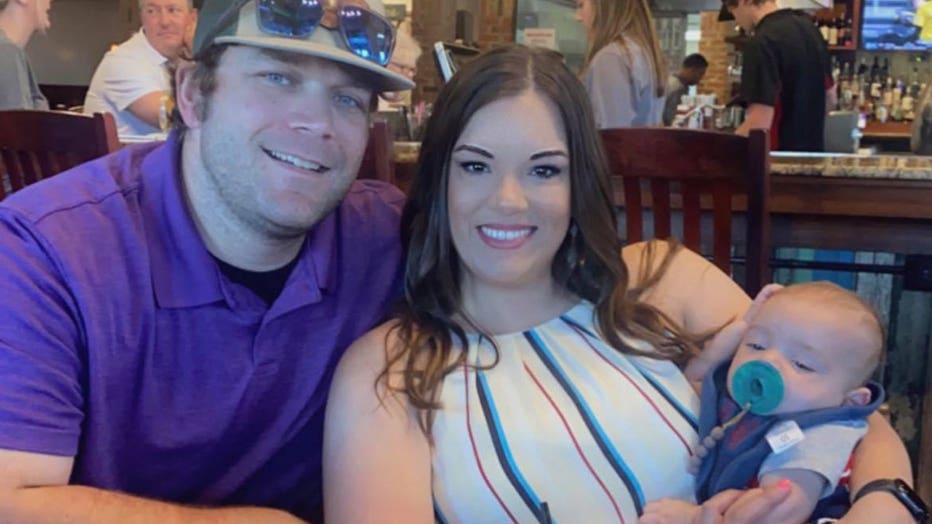 Kale, Courtney and Cannon Buchholtz are pictured. Thankfully, no one was injured when the tree fell through their roof over the weekend. (Courtney Buchholtz )

Buchholtz and her husband ran to Cannon’s room, where the ceiling had fallen in and sheetrock and insulation were everywhere. Cannon was crying, which Buchholtz took as a good sign: "You screamin’, you breathin’," she said.

Once she got through the debris, Buchholtz grabbed Cannon and took him to the sink to wash the insulation off his face and check for injuries. 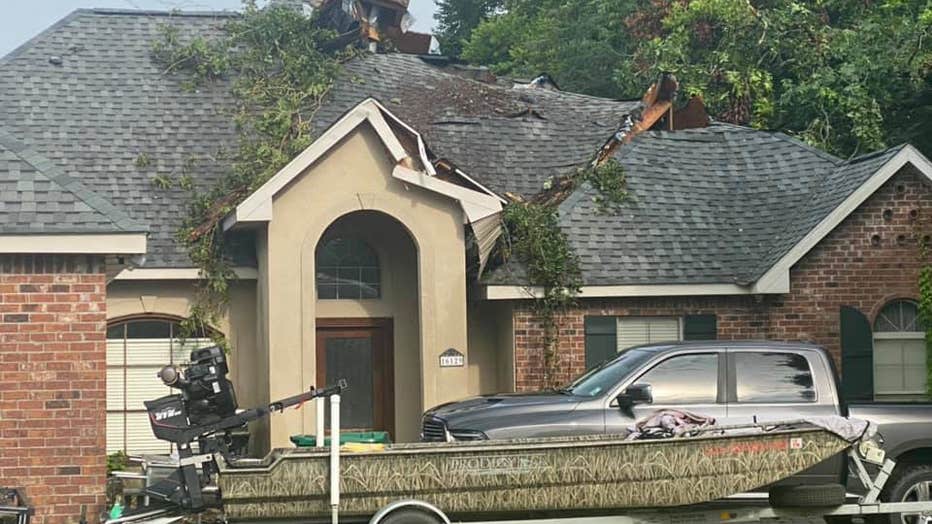 "It was pretty terrifying," Buchholtz said.

Thankfully, nothing heavier than the insulation had fallen onto Cannon, which Buchholtz attributed to her late son, who died in 2016 after being born prematurely.

"I truly, truly believe that [Cannon’s] big brother was there protecting him and making sure that nothing was going to happen to him," Buchholtz said.

After they made sure Cannon was safe, the family left to stay with a cousin nearby, where they’ve been staying since. The tree – which actually isn’t even on the Buchholtz family property and is, instead on a neighbor’s land – damaged much more than just Cannon’s room.

"Our hall bathroom is destroyed, too, and our bedroom and our bathroom," Buchholtz said.

She added: "Our house is completely unlivable right now. So we're just kind of waiting and see what insurance says and all that stuff."

On top of the tree incident, Buchholtz said her grandmother died on Sunday.

This will be the second time Buchholtz and her husband will have to fix their house. In August 2016, the Louisiana floods destroyed their home and it took them several months to rebuild.

"We've done this before, unfortunately," Buchholtz said, "But, you know, like I told someone before is, we’ll take this mess any day, you know, as long as we're all safe and healthy and no one was hurt in what happened."