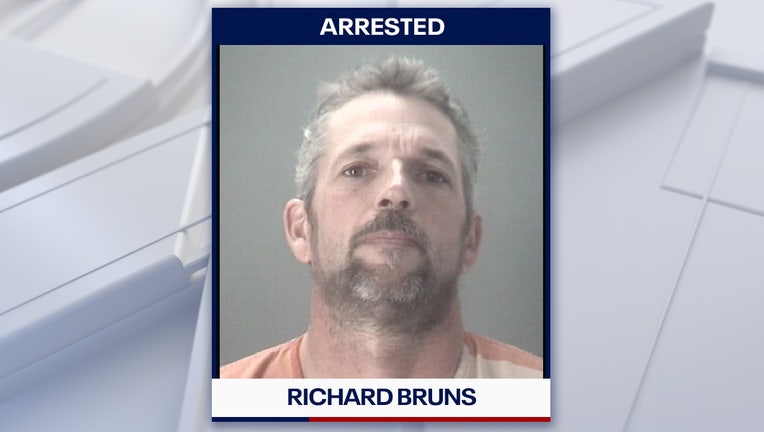 HOLIDAY, Fla. - A Pasco County man was arrested after barricading himself inside a hotel, and it turned out he was also wanted for an attempted murder charge stemming from an incident just the night before, deputies said.

On Thursday, deputies responded to a call about an unconscious man inside a room at Fairfield Inn, located along U.S. Highway 19 in Holiday. Later, they identified that man as 53-year-old Richard Bruns.

According to the sheriff's office, as law enforcement officers approached him, Bruns regained consciousness, grabbed a handgun from a hip holster, and pointed it at a deputy.

Deputies exited the room and Bruns refused to come out for about three hours. Eventually, he "peacefully surrendered," officials said.

After his arrest, deputies learned Bruns was a suspect in an attempted murder incident that occurred Wednesday night in Hudson.

"Bruns fired several shots from his handgun inside the victim’s house near the victim, who was known to him, and pointed the gun at them, threatening to shoot them in the head," according to the Pasco County Sheriff's Office.

They said he fled before responding deputies arrived, "but probable cause was developed for his arrest."

Deputies said Bruns admitted he was involved in the Hudson incident.

He faces charges of attempted murder and aggravated assault on law enforcement.