The candidates need to make a strong showing to maintain their momentum in hopes of earning the Democratic nomination.

Sanders could still get a boost later in the night in Idaho, North Dakota or Washington state. But fewer delegates were at stake than in Mississippi, Missouri and Michigan, where Biden's decisive performance again showed his strength with working-class voters and African Americans, who are vital to winning the Democratic nomination.

It's a dramatic reversal of fortune for Biden, whose campaign appeared on the brink of collapse just two weeks ago. Sanders opened the nomination process with strong showings in Iowa, New Hampshire and Nevada, but Biden rebounded in South Carolina and built on that success with a surprise Super Tuesday rout last week.

Sanders had been hoping to pull off a victory in Michigan, where his win four years ago lent much-needed credibility to his 2016 primary challenge of Hillary Clinton. The state is also vitally important since President Donald Trump's win there was so narrow four years ago that Democrats are desperate to show they have the strength to flip it back.

Even as the contours of the race took shape, however, the campaigns faced new uncertainty amid fears of the spreading coronavirus. Sanders and Biden both abruptly canceled public events in Ohio that were scheduled for Tuesday night. Sanders' campaign said all future events would be decided on a case-by-case basis, while Biden called off a scheduled upcoming stop in Florida. The Democratic National Committee also said that Sunday's debate between Sanders and Biden would be conducted without an audience.

As soon as polls closed in Mississippi and Missouri at 8 p.m. Eastern time, The Associated Press declared Biden the winner in both states’ Democratic presidential primary.

The AP called Biden the winner over Sanders even though state officials had yet to release any results from Tuesday’s election. The news agency did so based on results from AP VoteCast, its wide-ranging survey of the American electorate. That election research captures the views of voters on whom they vote for, and why.

Tuesday marked the first time voters weighed in on the primary since it effectively narrowed to a two-person race between Sanders and Biden. It showed that Sanders had yet to really broaden his appeal among African Americans after earlier setbacks in the South on Super Tuesday. Biden, meanwhile, kept up momentum after a dominant South Carolina victory.

With 125 delegates at stake, Michigan got most of the attention Tuesday. Trump won the state by only about 10,000 votes during the general election in 2016, his closest margin of victory between it, Pennsylvania and Wisconsin — the three states that gave Trump the edge in the Electoral College after Clinton won the popular vote. 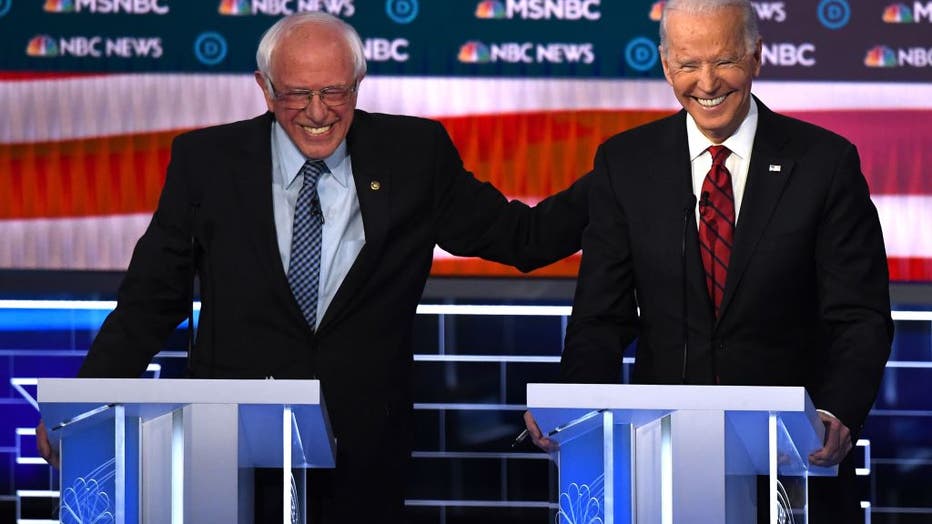 Biden is hoping his showing can convince voters he's the candidate who can win Michigan back for his party against Trump. Sanders, who has vowed not to drop out regardless of Tuesday's results, may be unable to catch Biden, and perhaps only be left trying to deny him an outright delegate win ahead of the Democratic National Convention this summer in Milwaukee.

AP VoteCast survey showed Biden leading among both men and women, as well as among both white voters and African American voters.

Sanders had predicted victory in Michigan and scrapped a scheduled Mississippi stop to spend more time there. Biden went there less frequently, but sought late-breaking support there and toured an auto plant in Detroit on Tuesday.

“You’re the best damn workers in the world!” Biden shouted through a megaphone at the auto plant as workers in hard hats chanted, “Joe! Joe!”

Biden now frequently ticks off the names of six former presidential rivals who have endorsed him just in the past week, saying he is "the candidate that they think can win." The former vice president has campaigned in recent days with two of them, Sens. Cory Booker and Kamala Harris, and appeared with Michigan Gov. Gretchen Whitmer. All three have been mentioned as possible vice presidential picks if Biden wins the nomination.

It wasn't all good feelings, though. At the auto plant, Biden was interrupted repeatedly by protesters angered by his support for the North American Free Trade Agreement and reluctance to embrace sweeping environmental proposals outlined in the Green New Deal. In a scuffle with demonstrators, Biden senior adviser Symone Sanders was knocked to the ground but unhurt.

Biden also endured a testy exchange with a worker who accused him of “actively trying to end our Second Amendment right.” Biden responded, “You're full of shit,” and went on to say that while he supports the Second Amendment, “Do you need 100 rounds?” His gun control plan reinstates the assault weapons ban and includes a voluntary buyback program for assault weapons, stopping short of a mandatory buyback program that some of his opponents had supported in the primary.

Although he has rejected notions he could drop out of the race if Tuesday goes badly, Sanders says he is now battling the “Democratic establishment."

"In a general election, which candidate can generate the enthusiasm and the excitement and the voter turnout we need?” Sanders asked.

Detroit neighbors Fayette Turner and Margaret Marsh were split on which to support: Turner voted for Sanders on Tuesday, while Marsh voted for Biden. But they agreed on one thing: the desire to beat Trump.

"Anybody but Trump," Turner, 64, said. Marsh, 69, said her family has identified as Republican her entire life -- until Trump took office.

“I think Biden's the sanest one left," Marsh said. "Hopefully he'll have a good vice president.” 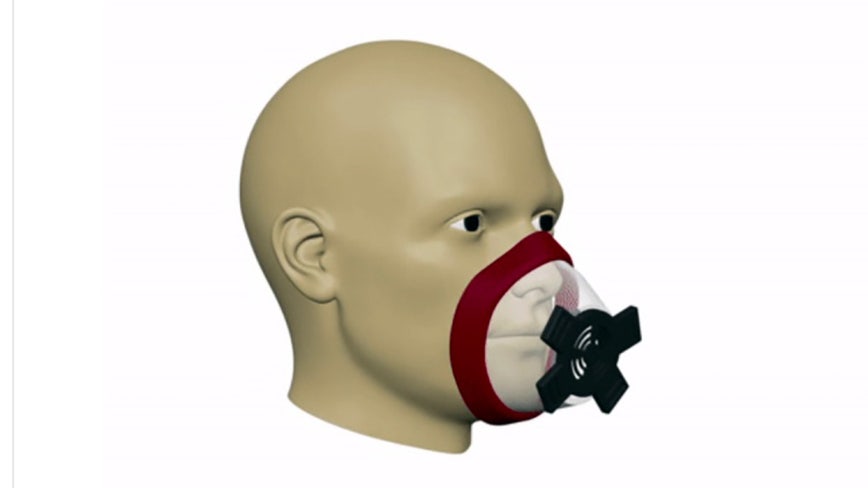